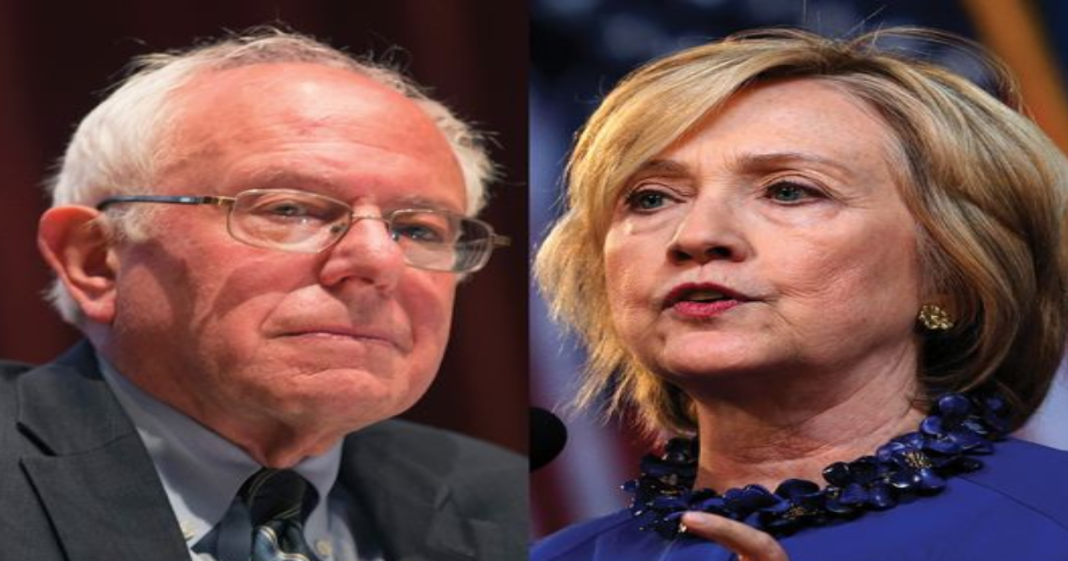 On Wednesday, Senator Bernie Sanders took a more bulldogged approach to the race by calling out Hillary Clinton’s policy positions on Twitter and saying that she cannot be both a progressive and moderate Democrat.

Sanders contends that Clinton has in the past referred to herself as a moderate democrat, but when forced to compete with Sanders has begun to refer to herself as a progressive to get ahead.

On his Twitter account, Sanders targeted several beliefs, votes, and proposals from Clinton’s past and present in order to discredit her as a true Democratic progressive. 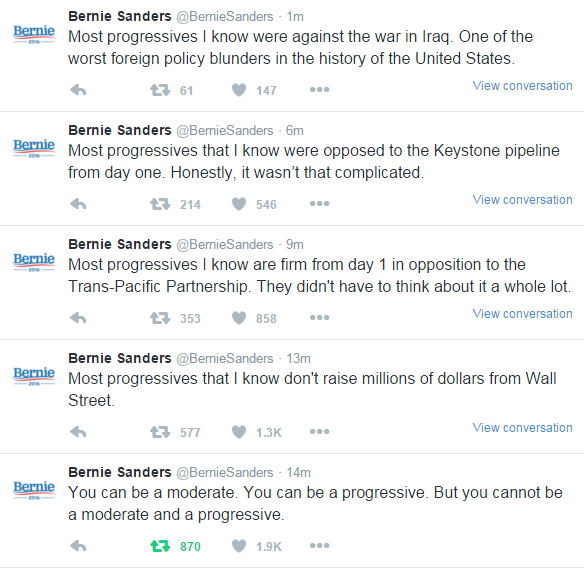 Sanders comments appear to be a response to this video released on Clinton’s Twitter page, listing several progressive policies she has advocated for.

.@BernieSanders says Hillary’s been a progressive “some days.” Hillary responds:https://t.co/RCWx5w8oYU

This seems to be a preview of what we can expect from tonight’s Democratic Town Hall event and tomorrow’s debate.