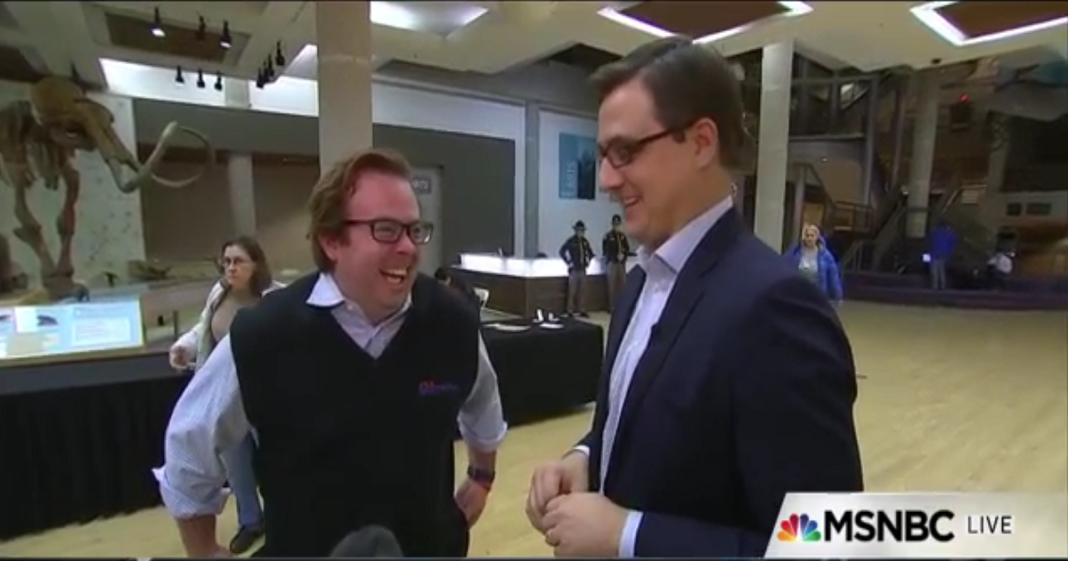 The captain showed a photo of his precinct’s final vote that he had taken with his smartphone, accidentally revealing that the unnamed Santorum supporter had not voted for his own candidate. Wearing a sweater vest bearing the candidates name, the man giggled as he said that his pen had run out of ink when it was time to write in Santorum’s name.

“I was like, I can’t just ask somebody for a new pen while I’m doing this.”

We get it, giggly, unnamed man; you realized you really screwed the pooch on this one and couldn’t stand to write the name of such a loser. It happens to the best of us.

Here’s why Rick Santorum got zero votes at the GOP caucus we were at tonight. https://t.co/8J8SJMcRFi