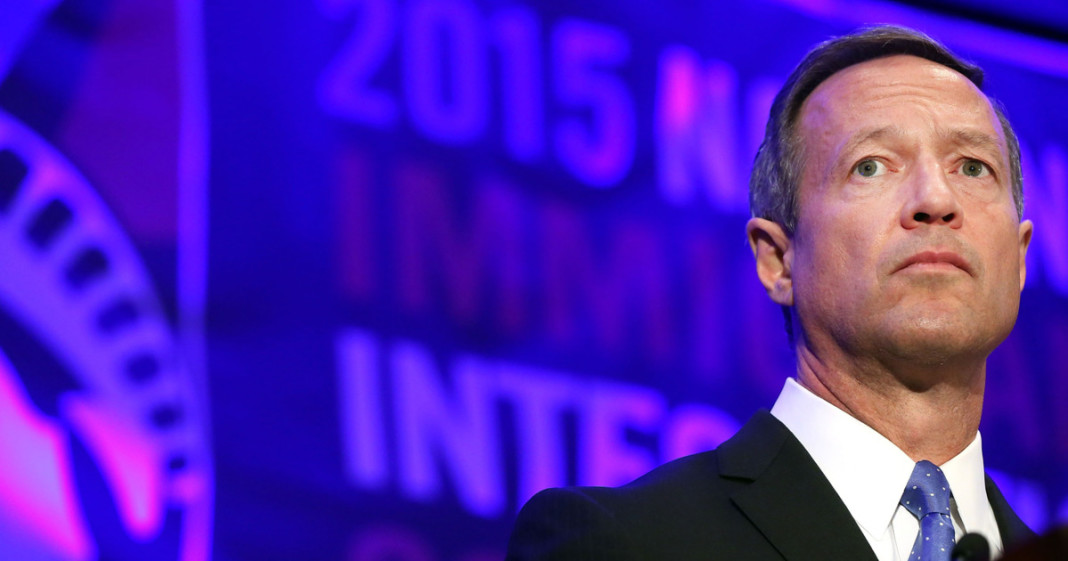 Ahead of the Iowa Caucus, O’Malley urged his supporters to “hold strong” in support of his campaign, but it appears that the minuscule votes for his campaign were too much to bear, and he suspended his campaign as results were just beginning to roll in.

In the end, O’Malley received just 1 percent of the Iowa Democrat electorate.

While we have had a bit of fun at Martin O’Malley’s expense this election cycle, there is quite a lot about O’Malley’s campaign to respect and admire. O’Malley ran an honest, admirable campaign, staying to the left of Hillary Clinton. He could have never guessed that his candidacy would flub so hard. He found himself stuck between a rock and a flip-flop place, having no original ground to stand on between establishment Clinton and rogue Sanders.

O’Malley struggled from the very beginning to find a voice in the campaign, and though he had some impressive accolades from his time as Maryland’s governor, what the Democratic electorate is truly craving is to discard the establishment and start over with something truly revolutionary.

The takeaway is perhaps that O’Malley is better suited for smaller governmental roles- or maybe that it is just not his time. We wish him well.