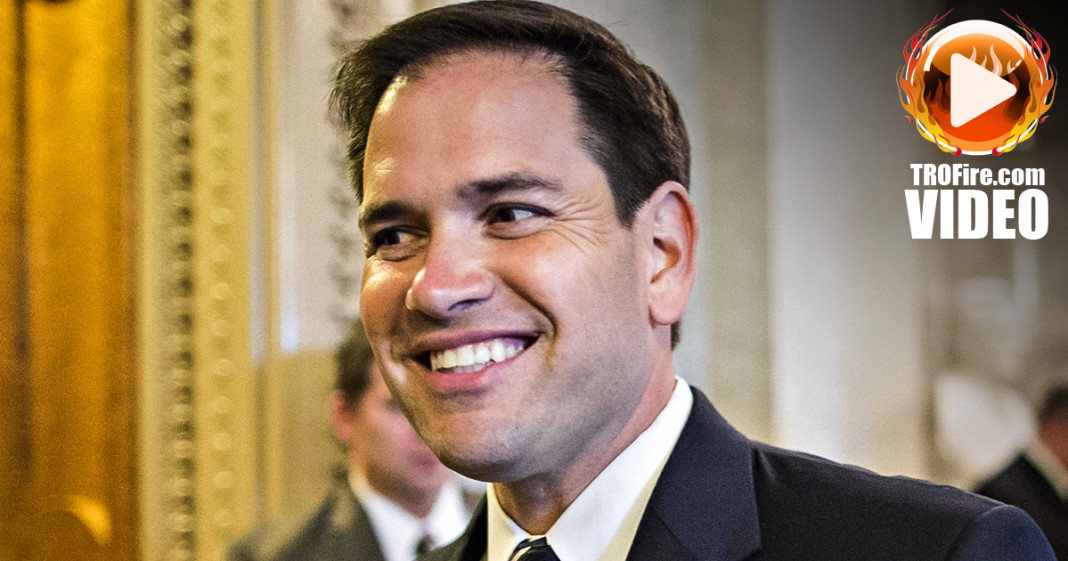 Marco Rubio still doesn’t think that human activity is responsible for climate change, even as his home state of Florida braces for utter destruction as a result.

Rubio, who represents the climate change-imperiled state of Florida in the U.S. Senate, has taken a lot of heat for denying the role that humans are playing in climate change, but at the same time, he has received partial credit for acknowledging that the climate is changing. Rubio’s semantic trickery is not an admission that he believes in climate change.  It is simply a tool that allows him to play both sides. He can construe his statement to “prove” that he accepts the reality of climate change, or he can downplay its meaning and say that he was referring to something as simple as weather patterns.

In either scenario, Rubio comes out the winner. His denial of the role of human beings will be forgotten quickly, and all that will remain on the record is his statement that the climate is always changing.

Rubio’s assertion that human beings don’t play a role in climate change has already been thoroughly debunked.  But what’s even more alarming is the fact that Rubio’s denial is putting his constituents at risk.

Reports show that Florida, the state Rubio represents in the Senate, is going to experience the impacts of climate change, possibly more so than any other state in the country.  As the NRDC points out, everything from real estate, health, and tourism will be destroyed as climate change becomes worse.

Florida’s valuable coastal property and key tourist resources will be damaged by the most obvious result of global warming: rising sea levels. In low-lying areas, anticipated sea level rise could force water to flow horizontally as much as 400 feet or more inland – flooding shoreline homes and hotels and eroding Florida’s famous beaches. Attempts to block rising seas through sea-wall projects and erosion control will be expensive and will almost certainly fail to protect undeveloped shoreline.

According to estimates, at least $69 billion worth of Florida property is at risk of being underwater in the next 15 years.  This is no longer a far off threat – this isn’t something that can just be pushed down the road – this is something that the state has to address immediately.  Unfortunately for those of us who call the Sunshine State home, Republican Florida governor Rick Scott is also a firm denier of climate science.

Global warming can harm human health in several ways: by increasing heat-related illness, by exacerbating poor air quality, and possibly by increasing the incidence of infectious disease. Senior citizens tend to be most susceptible to these effects, a troubling finding for Florida where the elderly population is increasing and already constitutes the largest population group and the biggest economic base in the state.

Not only is Rubio doing science a disservice by denying what scientists have been telling us for years, but he’s doing his constituents a disservice by putting them in harm’s way with his refusal to act.

But, as Rubio pointed out, even if human activities are causing climate change, there’s probably nothing we can do to stop it now anyway.

Marco Rubio hasn’t bothered to read the reports and he isn’t that concerned with the well-being of his home state.  His defeatist attitude towards man’s role in climate change is what continues to hold back any legislative advancements that have the potential to soften the impacts that are undeniably coming.

Remarkably, Rubio has not been on the receiving end of too much cash from the dirty energy industry, with less than $700,000 given to his campaigns from the industry. But, considering the fact that he’s only had two election campaigns for a national office so far, that’s actually a pretty hefty sum. And his pro-drilling stance is likely to net him even more from the industry as his presidential campaign continues to move forward.