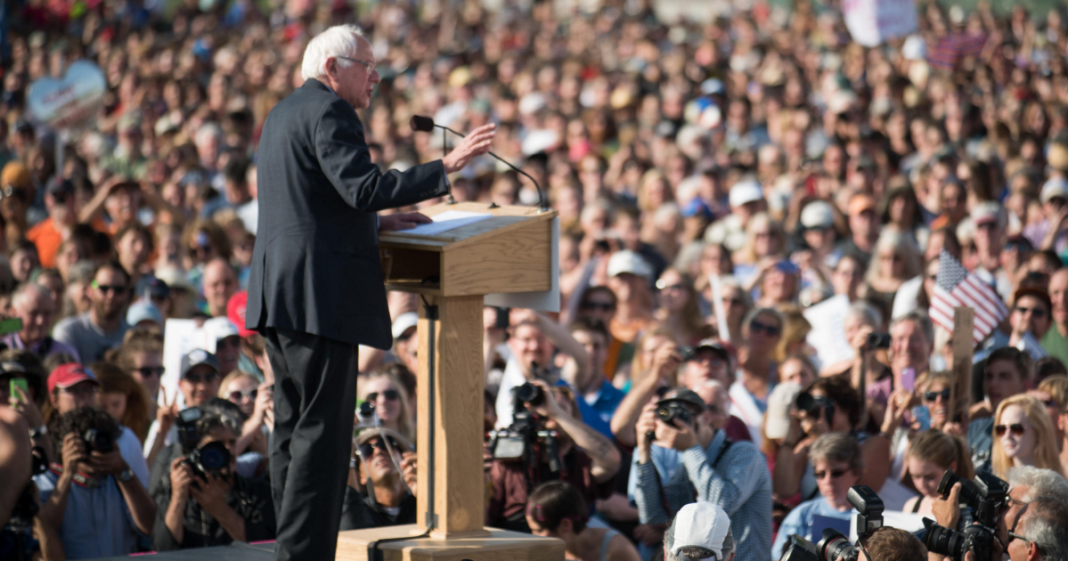 With the unbelievable virtual tie between Democratic candidates Hillary Clinton and Bernie Sanders at the Iowa Caucus, the GOP is now starting to take a closer look at the Democratic underdog as a true contender.

Until now, Republicans were content to ignore the senator, but now they see that there is a very real chance they may be facing him come November. Expect increased false attacks referring to Sanders as a communist, marxist, and any sort of -ist he isn’t.

Republicans know that while a race against Hillary might have been a challenge, a race against Bernie would be a complete mystery. The GOP can’t compete with the sort of energy in the populace Sanders represents, so they had better hope they face a Clinton.

Sanders had this to say about his underdog undertaking in Iowa:

“Nine months ago, we came to this beautiful state. We had no political organization, we had no money, we had no name recognition and we were taking on the most powerful political organization in the United States of America,” Sanders said to a raucous crowd of supporters. “And tonight, while the results are still not known, it looks like we are in a virtual tie … [and] we’ll have about half of the Iowa delegates.”

So while the GOP continues to make Hillary the focus of their attack ads and stump speeches, expect to hear a few more “Bernie’s” peppered in there as well.