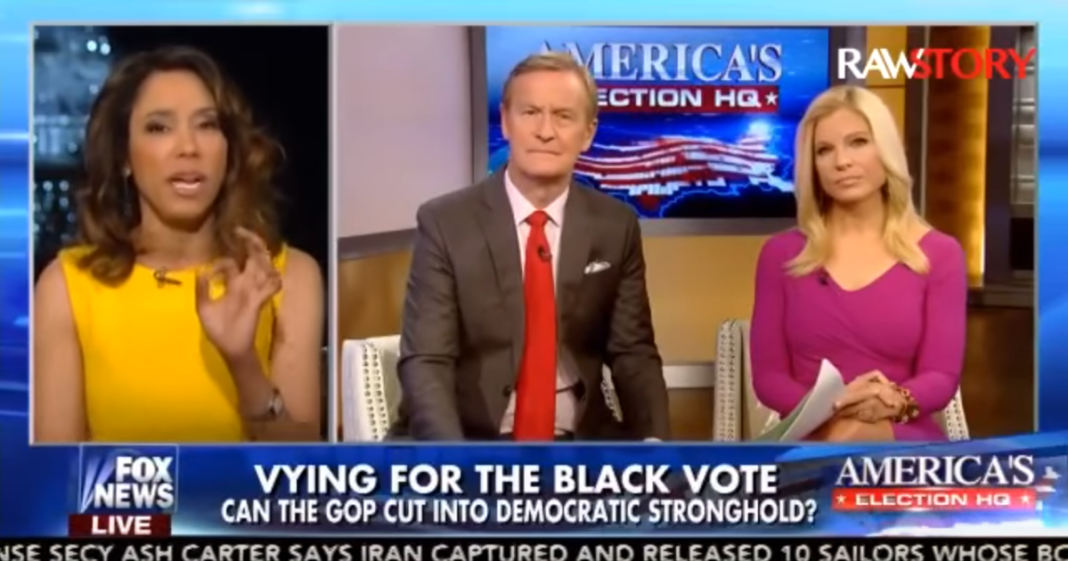 Crystal Wright, black Fox News correspondent, puts her trust in Donald Trump as the GOP candidate who can gain the black vote and benefit the black community. By contrast, Wright believes that the Democratic party panders to African Americans by referring to the Black Lives Matter movement and not focusing on what she considers to be the real issues.

“Blacks have shown a slavish support for the Democrat party for over fifty years,” Wright declared, saying that she thought Republicans trying to gain the black vote was pretty much pointless.

“We’ve given up on ourselves economically by voting for Democrats”

Wright doesn’t seem to realize that the Republican party is inherently almost always anti-minority; they don’t call it the Grand Old Party for nothing.