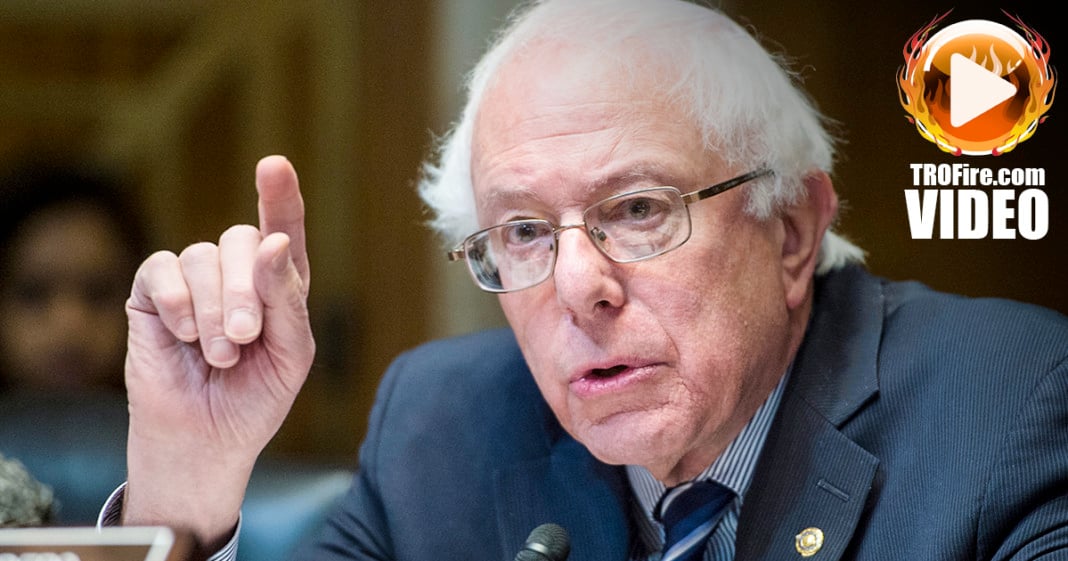 Senator Bernie Sanders has put the brakes on President Obama’s pick to be the new commissioner of the FDA, because Obama’s choice could quite possibly be the worst selection imaginable.

His pick, Dr. Robert Califf, is the former professor of cardiology at Duke University, where he led a research department that was funded by Big Pharma.  On top of conducting medical research on Big Pharma’s dime, Dr. Califf was also a paid consultant for drug companies including Eli Lily, Merck, and Novartis.  That’s a very cozy relationship with pharmaceutical industry considering that they’ve funded the man’s entire career.

He says that collusion between the industry and government is the wave of the future.

The FDA already relies on testing performed and funded by the drug companies for 60% of their approvals.  This means that the agency is already letting big pharma police itself, and that’s exactly what Dr. Califf wants more of.  And the criteria that they use was created in the 1960’s and hasn’t been updated to keep pace with modern medicine.

Here’s the problem – we don’t need another industry insider serving with the Obama administration.  Think about Eric Holder.  He came from a corporate defense law firm where he represented the big banks, and then he refused to take white collar crime seriously when he was at the DOJ.  Having an industry insider at the FDA is an even worse scenario because we’re talking about people’s lives here.  If his relationship with the industry makes him give approval for even one dangerous drug, he could be responsible for the deaths of tens of thousands of U.S. citizens.

Is it worth it?  Absolutely not.  But this is Obama’s legacy.  And this is why voters are falling have fallen in love with people like Bernie Sanders and Elizabeth Warren, because they have the courage to speak out against the corporate-political revolving door.  And that’s what we need in a leader now – someone that isn’t afraid to say no to corporations, and it doesn’t appear that Obama is ready to fight back against corporate power.