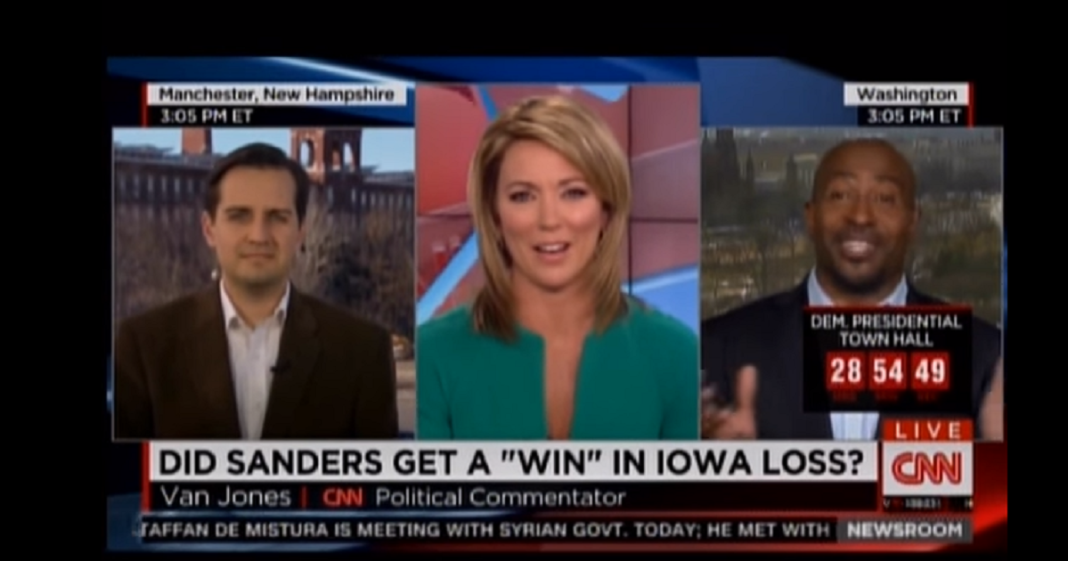 CNN guest Van Jones appeared on the show in order to comment on the close race between Senator Sanders and Secretary Clinton in Iowa and nationwide. Jones claimed that he “love[s]” Sanders, but he didn’t seem to be showing that love when he called Sanders a “79,000 year-old, Muppet-looking Socialist.”

Jones appears to think that Sanders (who is 74, not 79,000 years old, by the way) doesn’t have a real chance to win this election, and the fact that he is doing so well is no more than an insult to Hillary Clinton. It is just a disrespectful way to refer to a candidate who has taken great pains not to resort to cheap tactics during his campaign.