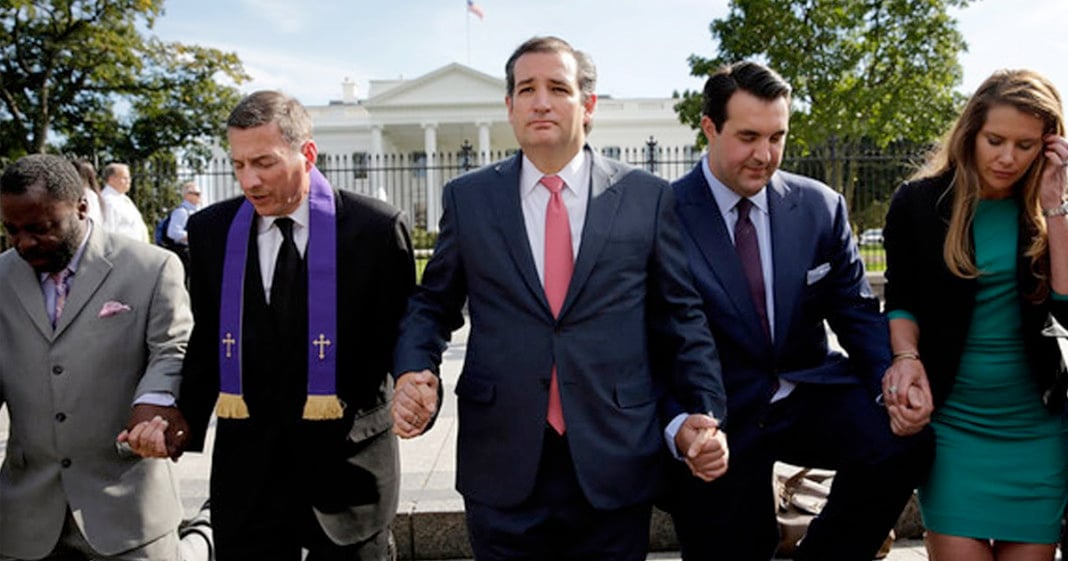 Ted Cruz often touts his religious cred on the campaign trail, but a new report indicates that he doesn’t follow a key part of his Christian faith. According to the Bible you are supposed to tithe 10% of your income to the church to benefit the poor. Cruz donates much less than that. Cenk Uygur host of The Young Turks breaks it down.