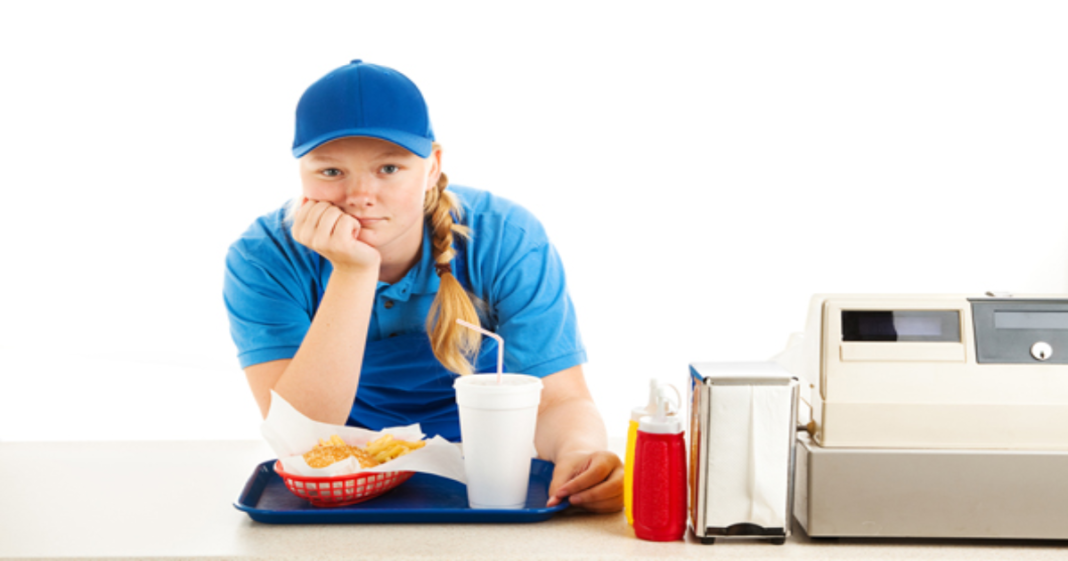 In Michigan, the state’s minimum wage is $8.50, a pittance and nowhere near a livable wage, much like the rest of America. A Republican Michigan lawmaker is trying to make that minimum wage even lower for workers under the age of 20, saying that paying them less will incentive businesses to hire young workers so that they can get their “foot in the door.”

Senator Margaret O’Brien who is sponsoring the bill seems to not understand that many who are under the age of 20 are in need of serious employment, and serious pay. Many are already supporting families, whether it be children or their own parents. So many teens who are working are not doing so to get some extra money for X-Box games; they are paying for cars, rent, and diapers.

This law, if passed, will allow businesses to take advantage of younger workers, paying them the federal minimum wage of $7.25, a $1.25 difference from their older coworkers, for the same work. This law would also be the first in the U.S., making Michigan the only state to pay workers under 20 a lower wage than their minimum.

Once again, lawmakers are de-legitimizing what “minimum wage” means, working to make labor cheaper while workers become poorer. We should be working to raise the minimum wage nationwide, not chipping away at the earning potential of those who are motivated to work. Why are we trying to punish hardworking youth for their tenacity?