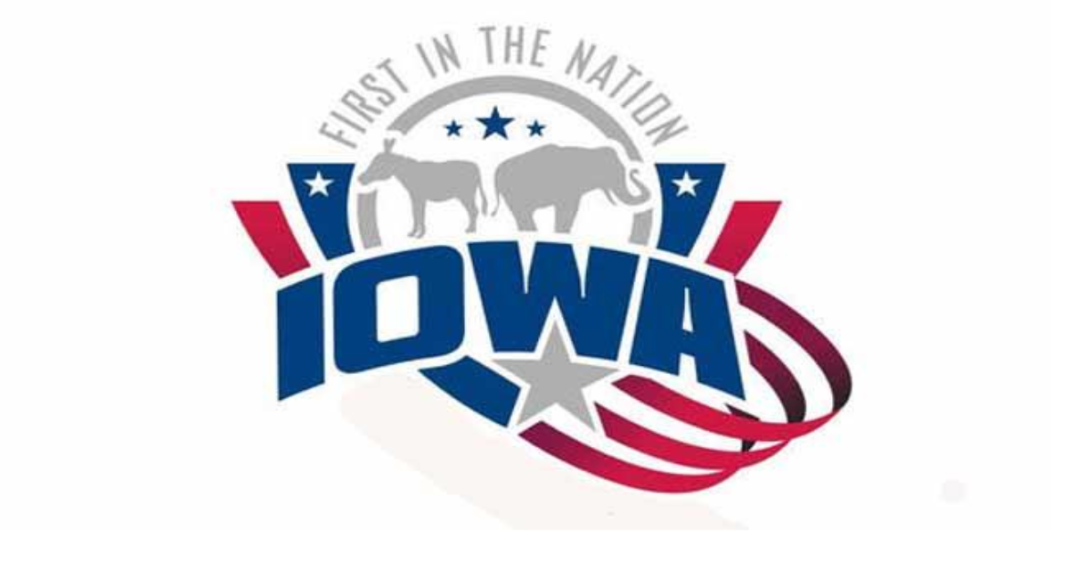 This week marks the beginning of the election primaries, starting with the Iowa Caucus (for an explanation of how the caucuses work, watch this video). Iowa is not the only state that holds caucuses: between now and June, 11 other states as well as the U.S. territories of Puerto Rico, Virgin Islands and Guam will be holding their own caucuses. So, why is the Iowa caucus so important?

It’s a question many voters wonder about. Given the diverse makeup of the U.S. electorate, the Hawkeye State is not exactly representative of Americans as a whole (Iowa’s population is over 90% white, and over half of all Iowans are Protestants). With a current estimated population of 3.1 million (less than that of the Seattle metro area), it’s far from being the most populous state. Nonetheless, a great deal of significance is given to which candidate of each major party wins the Iowa Caucus. In fact, the Iowa Caucus – along with the New Hampshire Primary – get approximately half of all media coverage given to state caucuses and primary elections.

The short answer as to why Iowa’s caucuses are given such weight in presidential elections is simply because the U.S. electorate has given Iowa that power. Essentially, Iowa caucuses are significant because we’ve decided they are. It’s a bit like a self-fulfilling prophecy in that respect.

It wasn’t always that way. Prior to 1972, the Iowa Caucus wasn’t particularly noteworthy. In fact, when the state started holding caucuses shortly after being granted statehood in 1846, those events were not well supervised or regulated. Because of this, elites of both parties could easily manipulate the process and make decisions with little to no regard for the wishes of the people. During the Theodore Roosevelt Administration (1901-1909), there was growing support across the country for primary elections. At that time, Iowa election officials made the decision to remove control over nominations from the local caucuses, hoping that it would make the process more Democratic.

That experiment failed. When Iowa held its first and only primary in 1916, only one-third of the state’s eligible voters bothered to participate – and not one major candidate even attempted to get onto the ballot. It was also expensive. Iowa election officials abandoned primaries the following year and went back to the caucus system.

By the 1960s, the power of caucuses had grown tremendously – yet there was still poor voter turnout. This gave the parties and candidates far too much influence (sound familiar?) – and since the Iowa Caucus was only one primary event among fifty-three, it didn’t get a lot of media coverage.

Then came the chaotic year of 1968. Incumbent Lyndon Johnson should easily have secured the Democratic nomination that year. Unfortunately, the growing conflict in Vietnam hung around his neck like a millstone; opposition to the war was growing. At the same time, there were no fewer than 15 urban riots during Johnson’s tenure in office over issues of race, poverty and abuses by law enforcement. Johnson’s candidacy drew three challengers: Senator Gene McCarthy of Minnesota, Senator Robert Kennedy of New York (who was assassinated during the California primary) – and his own Vice-President, Hubert Humphrey. The disastrous events of 1968 led Democratic Party leaders to enact reforms four years later that an article in a March 1972 issue of Time magazine explained as an attempt to “reduce back-room manipulation by bosses, broaden grass-roots participation and produce delegations…that would more adequately represent women, blacks and the young – and the preferences of the voters.”

Before these reforms were enacted, party officials were able to schedule primaries on a whim without informing anyone. The new rules contained a requirement that a 30-day public notice be given of any caucus events. Iowa’s system has four components: the caucuses proper, followed by conventions at the county, congressional district and state levels – each of which requires 30 days’ advance notice. It was necessary for Iowa party officials to get an early start in publicizing these events.

The 1972 Iowa state convention had been scheduled for June – but officials discovered that all available lodgings in Des Moines were booked for that particular weekend. The convention had to be rescheduled for an earlier date, which in turn, meant the caucuses had to be rescheduled as well. Eventually, the events had to be moved up to January of that year – ahead of the New Hampshire primaries. This had no significant impact on the 1972 elections, but when Jimmy Carter ran for the Democratic nomination four years later, he noted that the Iowa Caucus was first such event in the nation. For that reason, his campaign strategists decided it would be worth spending some time in the Hawkeye State. Carter’s win in Iowa drew the attention of the media and the public – and eventually helped him to win the White House.

Both the Dems and the GOP in Iowa soon realized that being first conferred a significant advantage. Both parties came to an agreement to hold their caucuses at the same time.  Party officials also lobbied for, and received, legislation requiring that Iowa hold the first caucuses in the nation. If another state attempts to hold their nominations earlier, Iowa simply moves theirs up even more. In addition, the major parties penalize states that try to “leapfrog” over the Iowa caucuses and New Hampshire primaries. For example, four years ago, Florida attempted to hold its nominations earlier and only got half of its delegates as a result.

It’s not a system that sits well with other states, as it gives Iowa and New Hampshire so much weight in determining the parties’ nominees. So far however, nobody has come up with a better alternative.

Winning the Iowa Caucus or the New Hampshire Primary is no guarantee that a candidate will become its party’s nominee or even go on to win the White House. For example, in 1992, Bill Clinton lost in Iowa and New Hampshire. In fact, candidates who went on to win their party’s nomination have lost in either Iowa or New Hampshire in every election except 1972 and 2004 – when both party nominees achieved overwhelming victories in both states. In the case of the Iowa Caucus, it’s more accurate to say that it shows which candidates are weak and most likely to abandon the race. That said, the Democratic winner in Iowa has gone on to secure the party nomination in seven of the past ten election cycles.

This week’s caucuses in Iowa and the upcoming primaries in New Hampshire may hold a great deal of significance in predicting who is likely to win his/her party’s nomination – but winning one or the other or both is no assurance of victory.