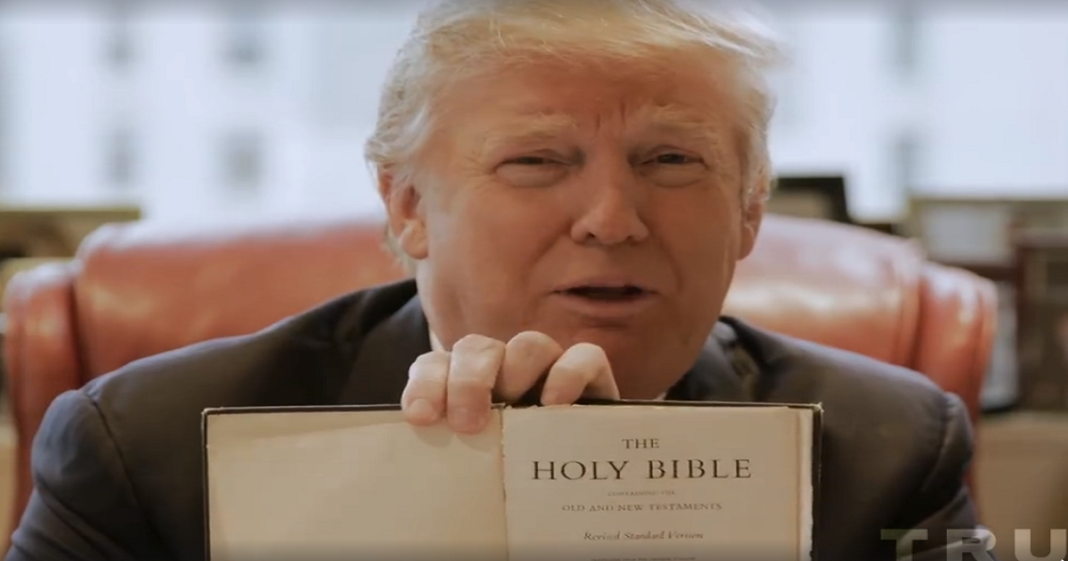 Presidential candidate Donald Trump knew that the missing piece in his Republican race smack-down was catching the loving eye of America’s evangelical population. The problem is that the only god Trump prays to is the God of Money.

Trump already had a rough start with the religious right when he tried to quote the Bible, referring to “two Corinthians” while speaking to an evangelical college. The flub circulated all over the internet as proof that the real estate mogul wasn’t all that into the whole “reading the Bible” thing. But evangelicals were willing to forgive Trump for that flub.

The question is, will they also forgive this creepy campaign ad where Trump is clearly pandering to Bible-lovers? Probably so.

Christian ValuesI want to thank evangelical Christians for the warm embrace I’ve received on the campaign trail. I will not let you down! #MakeAmericaGreatAgain