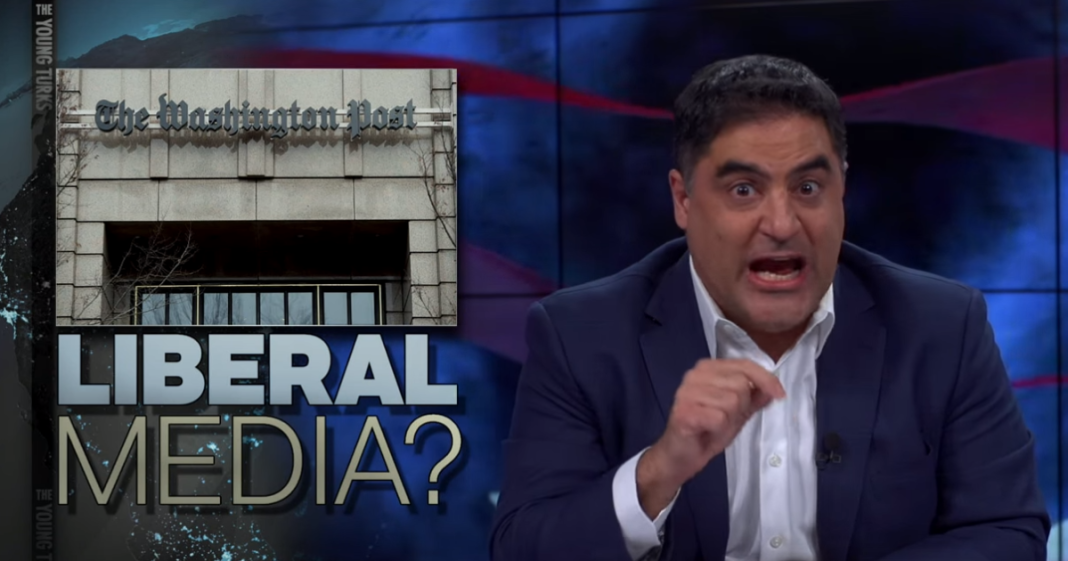 “The Young Turks” host Cenk Uygur went on one of his famous rants on Thursday when he criticized a Washington Post piece which called Bernie Sanders campaign promises a work of fiction.

Uygur used the article to dispel the myth that media has a liberal leaning as he pointed out several major media outlets that have disparaged Bernie Sanders in a way a true liberal outlet would never do. Uygur argued that mainstream media’s corporate overlords were what kept the networks afraid of Sanders’ growing popularity.

“To say that it’s not resonating is wishful thinking on your part ’cause you’re scared to death that it might be resonating.”

Uygur pretty much went through the article line by line, pointing out the oversimplifications, mis-attributions, and downright lies.

“There is no liberal media,” Uygur said. “Is the mainstream media, wholly corporate-owned, obsessed with profits, soaking in the money that they get from all of the politicians — where do you think all the money goes? It goes to TV ads, it goes to newspaper ads, it goes to radio ads — they’re bathing in the corruption!”