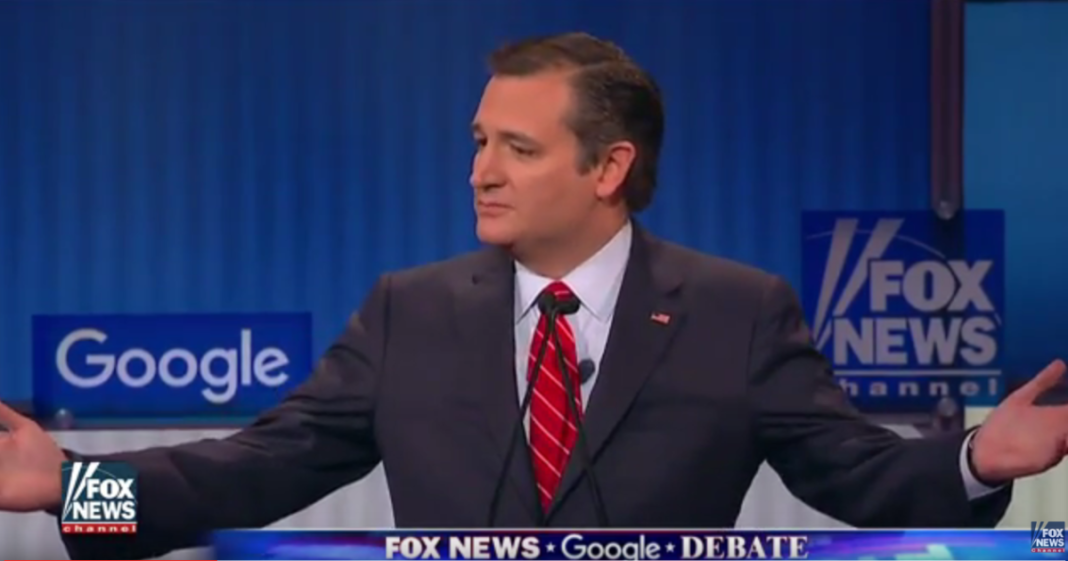 Just because Donald Trump declined to participate in Thursday’s debate, doesn’t mean that the spirit of his campaign wasn’t completely saturating every moment of the evening. Most candidates felt that they still had to jab at the absent candidate, hoping that the tide would turn in their favor.

Ted Cruz, always the comedian, opened the debate by doing a Trump impression and insulting all of the candidates.

“I’m a maniac, and everyone on this stage is stupid, fat, and ugly. And Ben, you’re a terrible surgeon. Now that we’ve gotten the Donald Trump portion out of the way . . .”

It wasn’t particularly funny, but it did get to the heart of what Trump brings to the table as a candidate. Last night’s debate was a glimpse into an alternate universe of what things would be like if Trump had never ran. Whether or not the American people were happy or disappointed with that glimpse will make or break the GOP nomination.