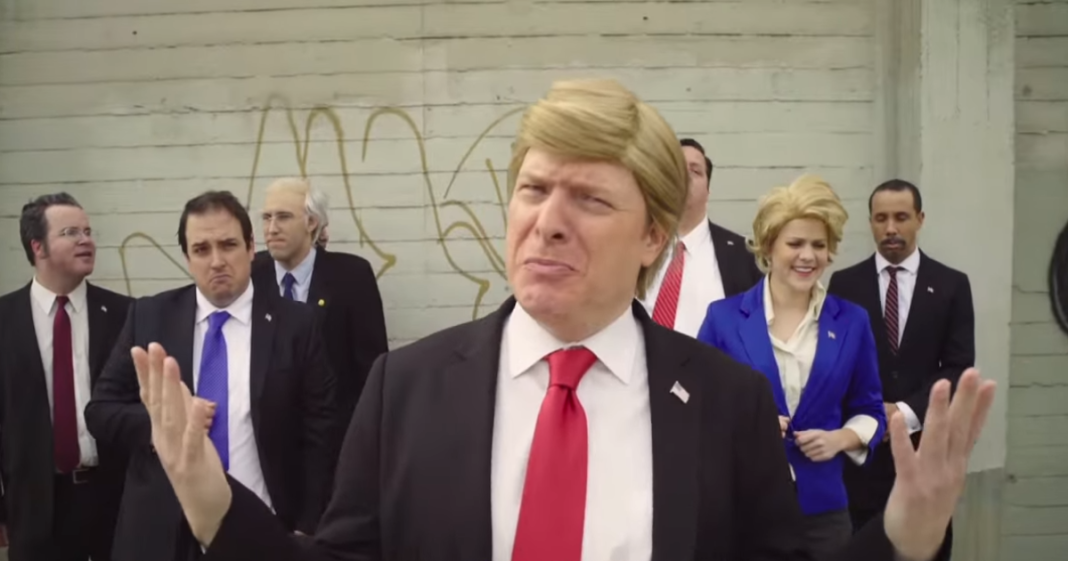 These days, some pretty phenomenal things come from YouTube. No longer is the video-sharing website just a place to see cute kittens and the “Evolution of Dance,” YouTube has taken a prominent place in providing entertainment and information to the masses.

During at least two debates this cycle, YouTube celebs have even directly asked candidates questions on topics ranging from military service to Muslim discrimination.

This parody video released by YouTuber Ross Everett features several content creators (Including the guy who made Chocolate Rain, remember that guy?) in a parody song “Straight Outta Options” where various candidates explain their political platform, indicating that they are hardly a real option for the presidency.

It’s a pretty funny and clever commentary on the political climate, and is just the sort of palate cleanser one could use after yet another GOP debate.