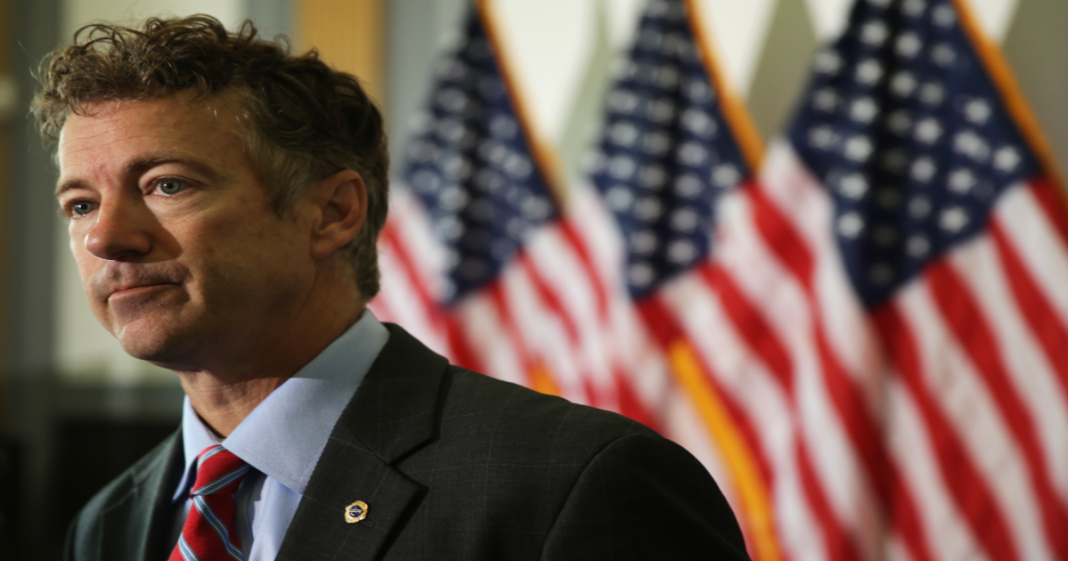 If one is not careful, Presidential candidate Rand Paul can sometimes lull a progressive Democrat into thinking he’s not a bad guy when the anti-government hairpiece occasionally lapses into rational, progressive talking points about inequality in the justice system and a need to protect online privacy. But of course he will bring you crashing back down to reality when he says that abortion is not a woman’s choice, but rather a matter for the government to ban and regulate.

During Thursday’s debate, Rand talked about the justice system which disproportionately targets young black men, despite the fact that drug use is nearly equal between white and black Americans. It was a moment worthy of applause from both sides of the aisle since most GOp’ers wouldn’t be caught dead making such a “PC” comment.