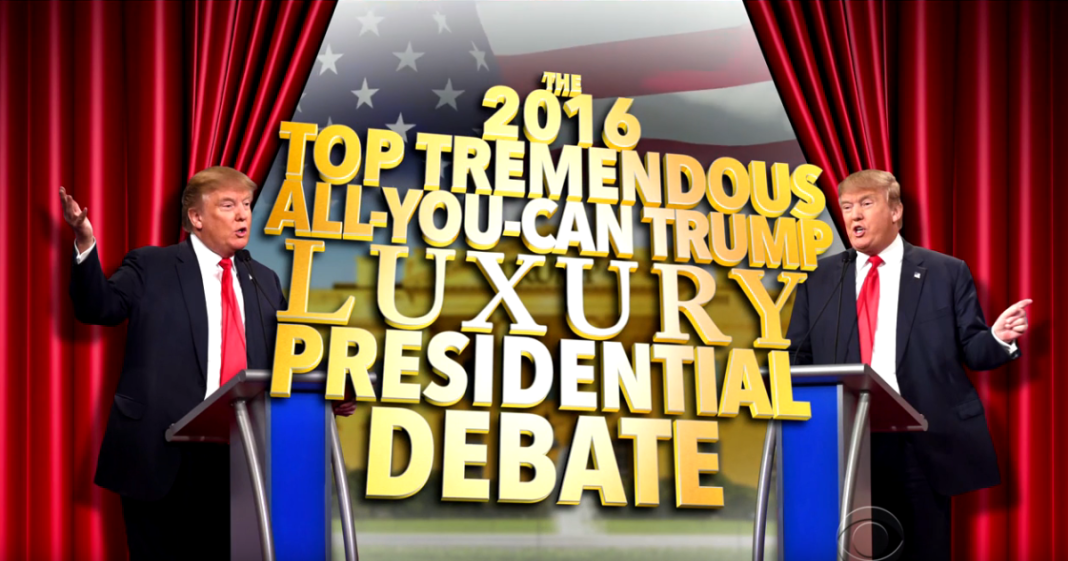 Stephen Colbert’s “The Late Show” cashed in on the droves of television viewers who would be tuning out of Thursday’s debate due to the absence of Trump, proclaiming that his show would instead be “all Trump, all the time.” Colbert hosted a Trump v. Trump debate, pitting Donald against Mr. Trump in a war of opinions.

“Gentlemen, you know the rules; you say the first thing that comes into your mind, and no matter what it is, your poll numbers go up”

“I love Iowa,” the Donald proclaimed, but Mr. Trump said, “How stupid are the people of Iowa?”

“I want to thank Donald Trump,” Colbert concluded, “for being just as divided as this country is”