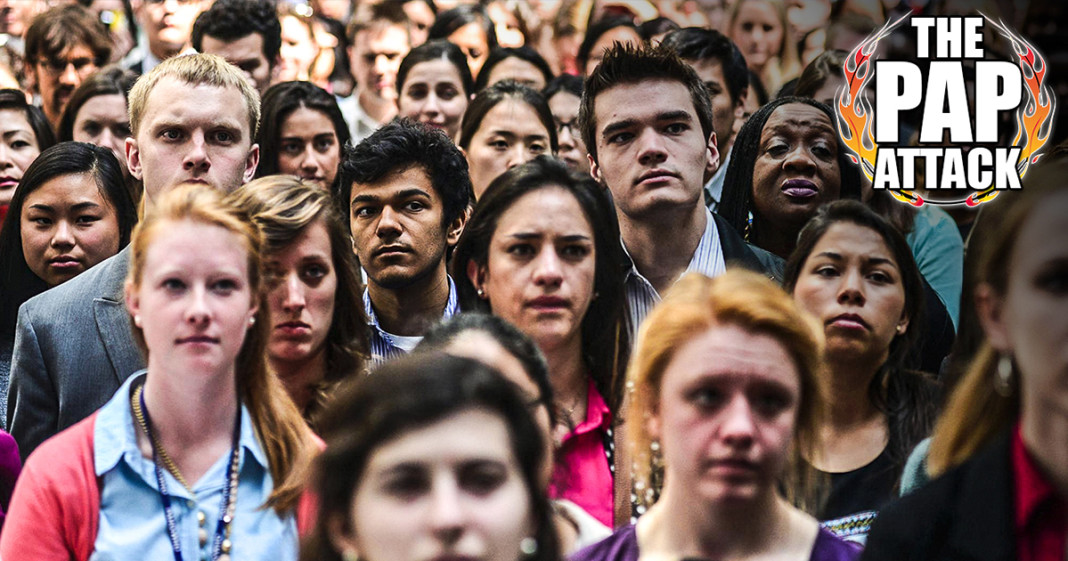 The next time you see a picture of a Donald Trump rally, look closely and try to identify anyone in that crowd under the age of 30. If you identify as many as five “ralliers” in that age group, you should keep that picture because it will be a collector’s item. The fastest growing group of voters today is 18 to 30 year-olds. The idea that they don’t vote is a myth. Out of the 65 million votes that sent Obama to the White House, around 24 million were from the Millennial Generation.

They’ve been identified by some as the “O” generation. That “O” represents Obama, not “old folks.” Eighteen to 30-year old voters this year will outnumber the remnants of baby boomers who are beginning to look like peculiar artifacts to a generation that is all in on the idea of “change.”

Young voters are not going away. There is a greater chance that the people in those GOP rally photos will see far fewer birthdays than the 18 to 30-year olds who seem to have very little in common with graying Republican voters.

Why does this demographics shift matter? Here is an example of why: When it became clear that the original healthcare reform package might include a 5% tax on multimillionaires, conservative boomers went mad and 18 to 30-year olds yawned. They don’t have sympathy invested into the plight of millionaires.

Unlike their parents, they never bought into the “trickle down” myth. That was where taxpayers were supposed to give more money to millionaires in hopes that some of that money would trickle down to the pockets of the average American.

The Millennial Generation regards Republican-driven teabag, anti-tax, anti-government; anti-most everything as an oddity that provides cheap laugh material for late night comedy TV programming. The disconnect between aging rabble-rousers and young voters wanting change is extraordinary. We laughed at Johnny Carson and Topo Gigio skits on Ed Sullivan. They laugh at politically-themed skits on S.N.L. and Bill Maher. We were a generation that believed it was okay for Henry Kravis to make $54,000 an hour while 47 million people live below the poverty line on less than $12,000 a year. Millennial voters are repulsed by such a reality.

What we are seeing with young voters is not a class war between haves and have nots. It can better be described as a generational war. Because of that, when the new GOP baby boomer tea partiers scream about the evils of creeping socialism and big government, to young voters it becomes the equivalent of asking them to listen to Elvis on a vinyl LP instead of The Fray on their I-phone. The generational chasm is unimaginably huge.

When 18 to 30-year olds showed up to vote in 2008, around 70% of them pulled the lever for Obama. They rejected the very old guard GOP. So it’s no wonder that the new GOP defined by Granddad’s “anti-movement” has even less appeal to young voters who hope to change most everything that appealed to Granddad, and instead, these younger voters are flocking to Bernie Sanders in huge margins. And both Republicans and the Democratic establishment are doing themselves a disservice by ignoring these voters, because chances are, they will continue to show up for national elections, but they won’t be wearing tea party apparel.