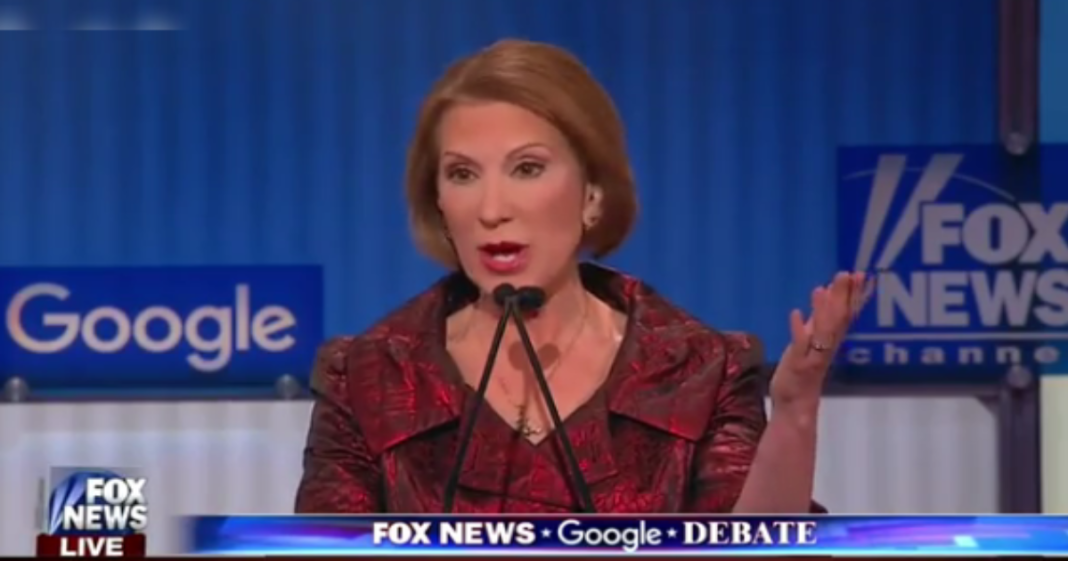 Wearing a dress that bears an uneasy resemblance to a bloody mess of its own right, Carly Fiorina continued to double down on Planned Parenthood during Thursday’s undercard debate, claiming that the women’s health organization performs late term abortions and sells fetal tissues for a profit.

In the earlier debate, where Fiorina was recently relegated to after dismal polling numbers, Moderator Martha Maccallum asked Fiorina if, after the indictment of those who made the debunked Planned Parenthood videos, she regretted basing her entire campaign on this singular issue.

“[L]ook, the facts of Planned Parenthood have not changed, folks, and I will not be rendered silent on this issue or any other issue.

And it doesn’t matter what stage I’m on. Here are the facts. Planned Parenthood engages in partial birth abortion, in late-term abortion. They alter those abortion techniques to harvest and sell body parts. They have admitted that they are not going to accept compensation for this anymore.”

Fiorina somehow made this all related to Hillary Clinton in a way only a GOP’er can, repeatedly returning to the Democratic candidate during her criticism of the women’s health organization.

Fiorina also pointed out that 13 year old girls can obtain abortions but not go to tanning beds without their mother’s permission. Yes, Fiorina would like to see pregnant 13 year old children (who were most likely raped, really) give birth to their own children rather than safely and quietly obtaining an abortion.