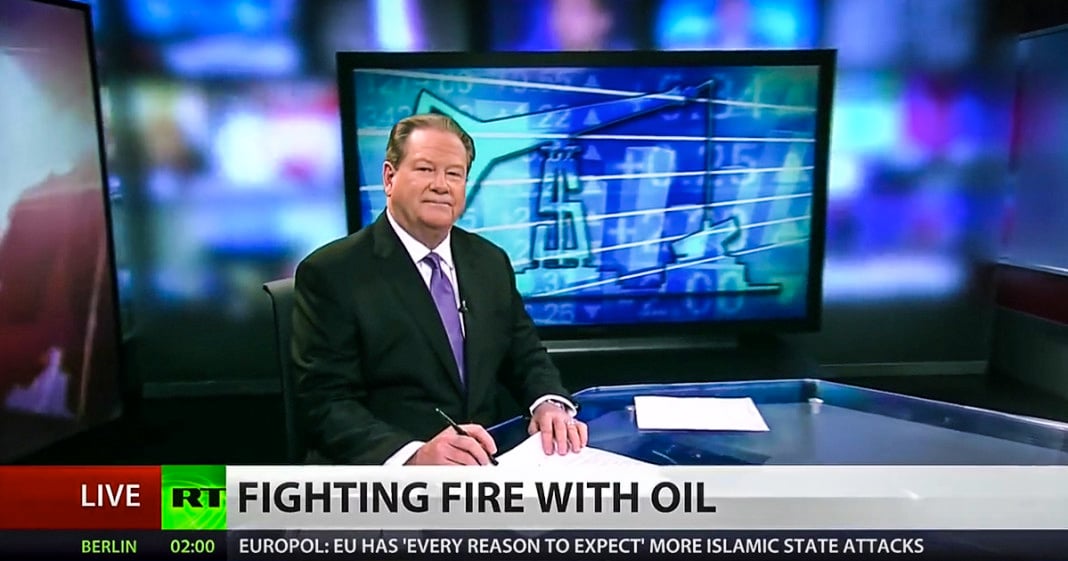 Joining RT’s Ed Schultz to discuss the state of oil production in 2016 is Marin Katusa, Fund Manager of the KCR Fund and a New York Times bestselling author, who breakdowns the battle for the global oil trade as being a war between North America production, OPEC led by Saudi Arabia, and Russian production. Then, RT’s Simone Del Rosario discusses Saudi Arabia decades-old secret leverage – the amount of US debt owned by the Kingdom.