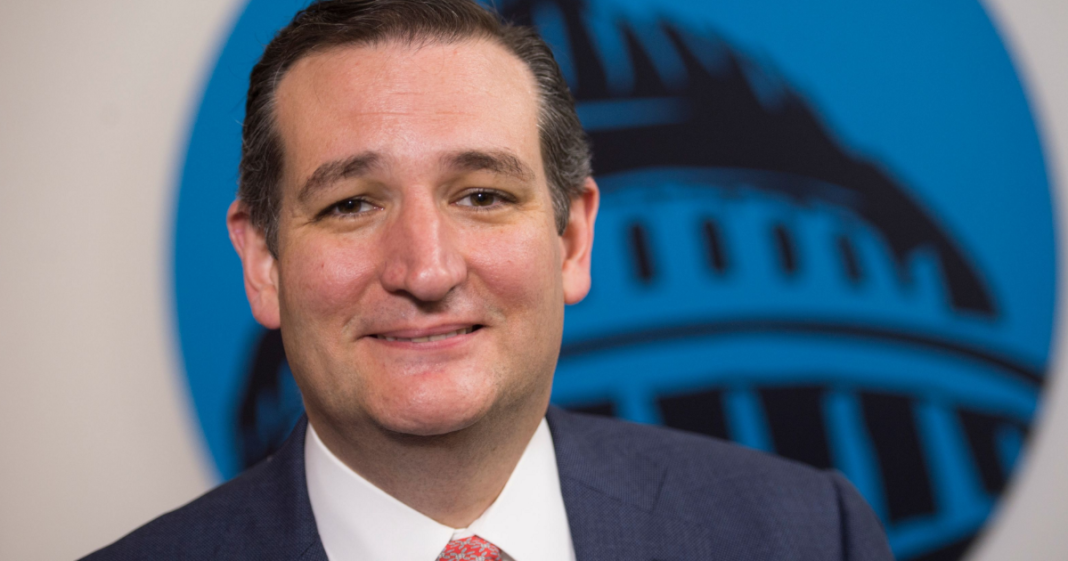 Last week, we posted a story about Ted Cruz’ unpopularity with Iowa governor Terry Branstad and Senator John McCain as well as Sarah Palin’s endorsement of his rival, Donald Trump. That’s only the tip of the political iceberg, however. Despite holding second place in the GOP race for the nomination, it turns out that little Teddy Cruz does not work and play well with others. It begs the question of how this would affect his ability to hold executive office in the unlikely case that he was actually to win the White House.

Donald Trump may be a racist and a fool as well as a liar, but he’s right in his assertion that nobody likes Ted Cruz. Over a dozen of his Senate colleagues confirm Trump’s statement.  So far, not one of those colleagues have given him their endorsement, while the GOP Establishment is warning their base about his low likability factor.

It’s not so much about his personal traits. His fellow Senators acknowledge that Cruz is reasonably intelligent, passionate, and even has a sense of humor. His problem is that his stiff back refuses to bend. Once Cruz has made up his mind on an issue, there is no power in Heaven above or Earth below that can sway him. He is incapable of negotiating or compromise. He refuses to consider that a given problem may have more than one solution. Furthermore, he cannot admit nor even see it when he’s wrong – and according to GOP Senator Lindsey Graham of South Carolina, is quick to blame others:

“When you think of problem solving, the last person that comes to mind is Ted Cruz. Everybody’s a problem but him.”

He’s even been called a “neo-nihilist” with a penchant for taking destructive, rather than constructive, action.

Apparently, his manners on the Senate floor are questionable as well. In the “ladies and gentlemen’s club” that is the U.S. Congress, one does not openly criticize or belittle one’s colleagues. It is an unwritten rule that Cruz violated when he called Senate Leader Mitch McConnell a liar last summer during a speech on the Senate floor.

Ironically, it is these very qualities that endear Cruz to his supporters. He is seen by them as having “spunk.” Such qualities may work well in an absolute dictatorship, but in a representative Democracy where give and take is the name of the game – not so much. Throughout the history of Democracies, the most effective leaders are those who were willing to negotiate, to find middle ground with those who disagree with them. Some argue that being able to stand one’s political ground is an admirable trait in a lawmaker. There may be some truth to this when the job involves representing the interests of a localized constituency – but with few exceptions, it doesn’t work with an executive who must consider the interests of an entire nation with a highly diverse population.

One of Cruz’ admirers is GOP Senator Thom Tillis of North Carolina, who, like his colleague, rode into Congress on a wave of Tea Party discontent in 2014. While he respects the way Cruz demands straight answers to the hard questions in Judicial Committee confirmation hearings, he is concerned about how this sort of approach would serve him as president. Tillis says that Cruz would have to change his ways and learn how to mend fences in order to be effective in the Oval Office – and he has his doubts about his fellow Senator’s ability to do that. Tillis says he hopes that “whoever emerges as the Republican nominee recognizes that working with us produces a far better result for the nation.”

Maybe as President, Ted Cruz could change his ways. One of his constituents, Professor James Henson of the University of Austin, believes that if Cruz was to sit in the Oval Office, and the GOP was to retain control of the legislature, he would push hard for Congress to do his bidding from his own unwavering and inflexible point of view. Cruz would be likely to go all-out in dismantling controversial – but ultimately, popular – laws governing same-sex marriage, abortion rights and health care under the Affordable Care Act. This would put him at odds with the Supreme Court, for which Cruz has little love. Henson points out that Cruz’ political career has been fueled by ambition. In that light, Henson says that “he might exhibit a bit more pragmatism –  but I doubt it.”

Old habits die hard – and the habits that have served Cruz as a legislator are not likely to serve him as an executive. But hopefully, we won’t ever have to find out about that.