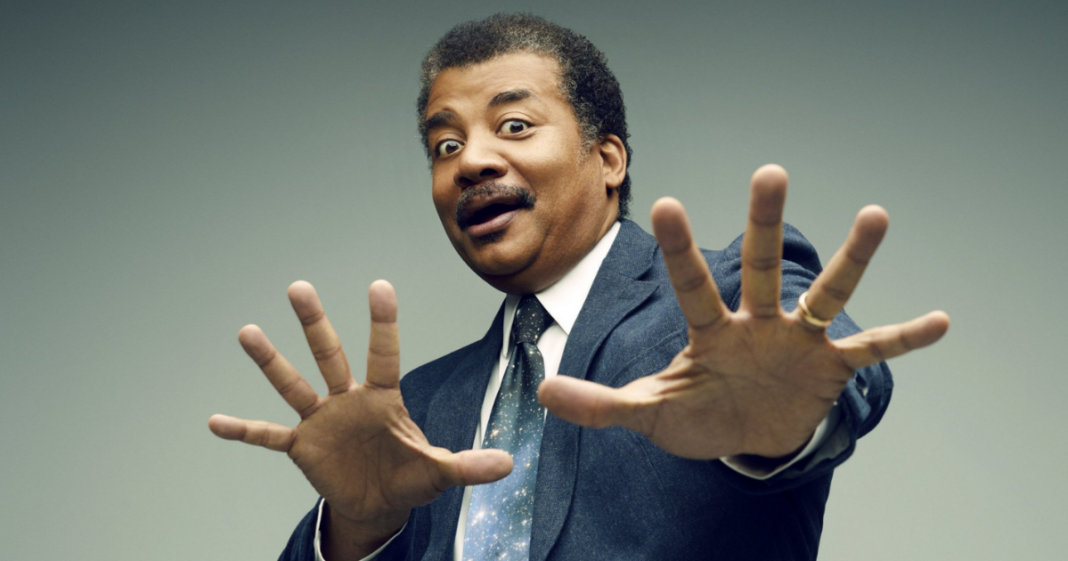 Neil DeGrasse Tyson appeared on Larry Wilmore’s “The Nightly Show” in order to finish the beef that rapper B.o.B. started about the shape of the earth after B.o.B. claimed that our beloved planet was flat, and even released a music track at midnight to talk about it.

On the show, Tyson stripped off his characteristic sports coat and took to a galaxy-spangled stage in order to directly address the rap artist in a medium he might understand.

“Listen B.o.B, once and for all. The Earth looks flat because, one, you’re not far enough away, at your size. Two, your size isn’t large enough relative to Earth to notice any curvature at all. It’s a fundamental fact of calculus and non-Euclidean geometry — small sections of large curved surfaces will always look flat to little creatures that crawl upon it.”

Tyson connected this pointless feud to politics, saying that it is just another example of the growing anti-intellectual strain that is invading the country and which threatens an informed democracy. While it is fine to believe in stupid things, said Tyson, when those in positions of power and influence spread patently false information, it damages society as a whole.

“By the way,” Tyson concluded, “This is called gravity.”

Tyson drops the microphone in the universal sign of victory.