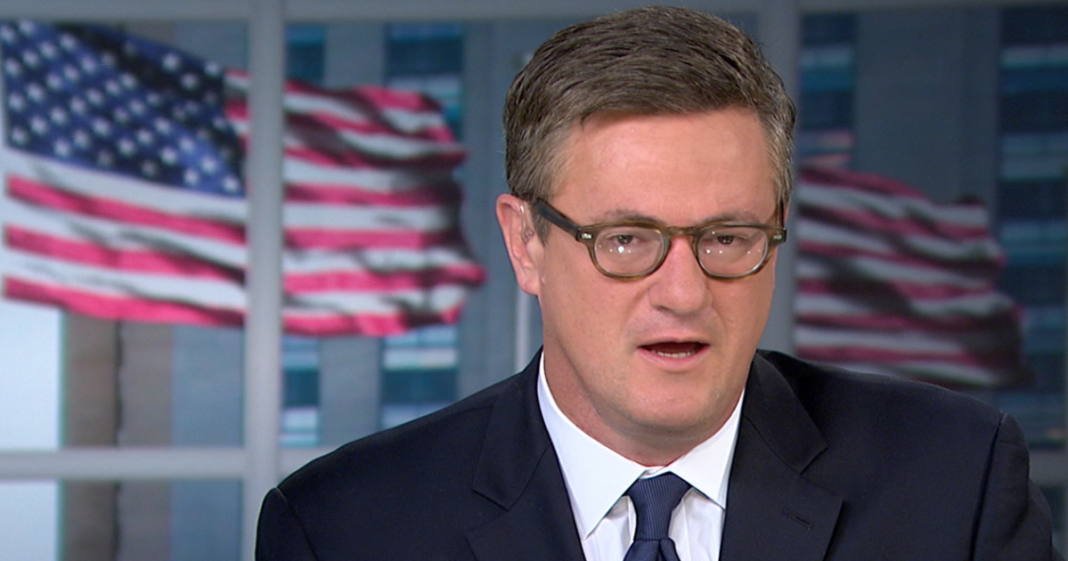 Host of MSNBC’s “Morning Joe,” Joe Scarborough has clearly joined the Trump circus as he repeatedly praised Trump on his conservative morning show in the wake of Trump’s tiff with Fox News.

Scarborough compared Trump’s refusal to attend Thursday’s debate to similar antics by Ronald Reagan nearly 30 years ago, praising the candidate for his strength. It’s interesting that Scarborough sees a childish tantrum as some sort of strength, but it shouldn’t be surprising once you learn that he also didn’t say he would refuse to be Trump’s running mate.

Obviously, Joe has eyes for high level politics and the chance at being a VP sounds too good to pass up. Scarborough later said on his Twitter that he definitely wouldn’t be running with Trump but his initial hesitation says otherwise.

Watch both clips and see just how far MSNBC has fallen.