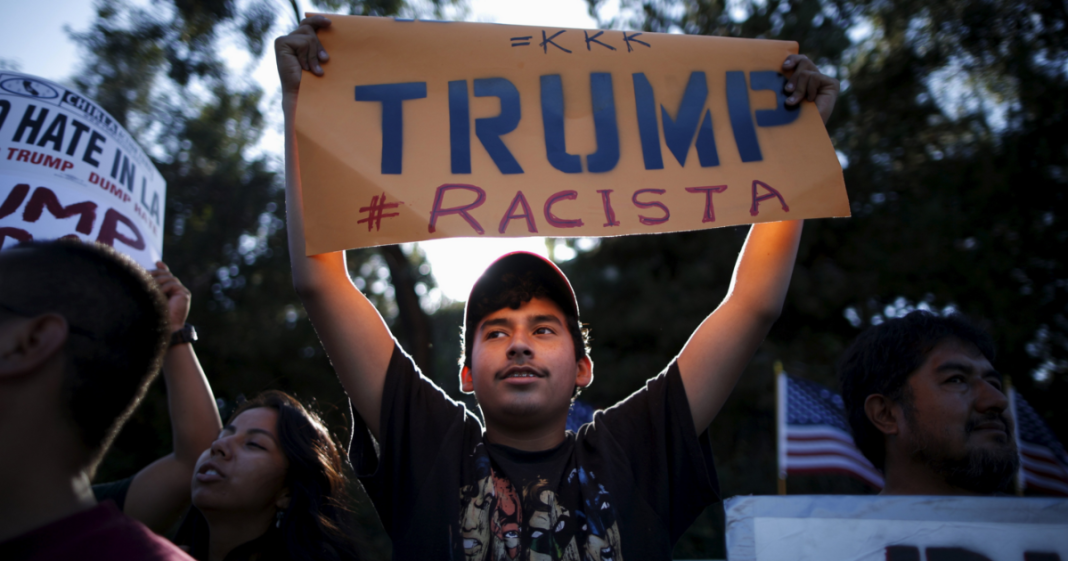 Organizations which help Hispanic immigrants become naturalized citizens are reporting that they are seeing more and more cases of immigrants trying to gain their citizenship for one main goal: To keep Trump out of the White House.

An immigrant and employee of Donald Trump’s Las Vegas hotel, Maria Mendoza, says that she wants citizenship so that she can show people that Latinos are more than “rapists and drug dealers.”

“They don’t realize we come to this country for a dream, and as Latinos, we want to reach that dream. I am not a second-class citizen. I have the rights like anyone else of becoming a citizen — my voice and my vote will count.”

Labor and immigration activists are reporting that more and more immigrants are applying for citizenship than usual, and that organizations are planning to naturalize thousands before the election. “We’ve seen more people this year that want to become citizens and specifically because they want to vote against Trump,” said Mi Familia Vota executive director Ben Monterroso.

These immigrants-turned-citizens are located in key states for voting, namely: Florida, Nevada, and Colorado.

Some organizations are making naturalization easier for immigrants by providing interest free loans for the $480 fee required to apply for citizenship. Others are working to educate individuals, letting them know that they do not have to surrender their Mexican citizenship to gain citizenship in America.

Antonio Gonzalez, leader of influential policy and Latino vote organizations the William C. Velazquez Institute and the Southwest Voter Registration Education Project, had this to say about Latino voters:

“there is a measurable, substantial increase in Latino voter registration and voting when there is a clear villain perceived as anti-Latino.”

And no one is as anti-Latino as Trump.

Veteran Democratic Strategist Andres Ranirez of Nevada referred to Trump as a boogeyman in the Latino community, saying,

“We’ve had boogeymen in past years but now we have one at unprecedented levels.”

Those who are located in these key states realize that this increase in Latino interest in the 2016 election is extremely personal. “There’s a sense of defending our community, people are coming to the defense of our community through becoming a citizen and voting,” said Maria Rodriguez, executive director of the Florida Immigrant Coalition (FLIC).

The same hate which is working to divide this nation is also helping to grow our democracy by igniting political interest and participation, helping to create more passionate American citizens who have their hearts invested in the outcome of this election.