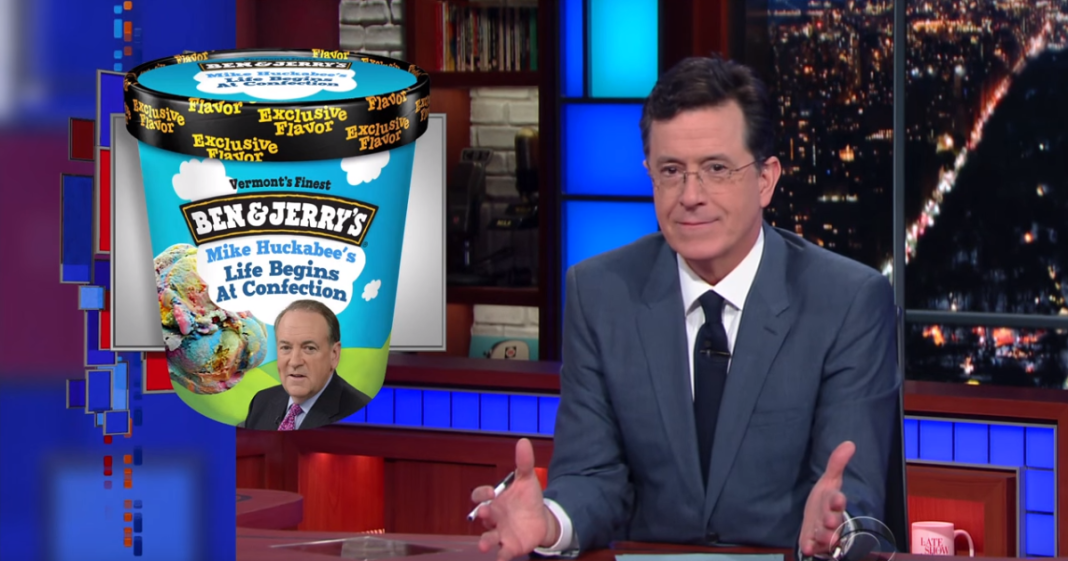 On Stephen Colbert’s “The Late Show,” Colbert discussed the Ben and Jerry’s unofficial flavor created by co-founder Ben Cohen dedicated to Senator Bernie Sanders. “Bernie’s Yearning” was made in a limited batch of only 40 cartons, but gained massive popularity online.

Colbert noted that Bernie can’t be the only candidate with his own ice cream flavor, so he began the difficult and punny task of giving the 2016 contenders their own frozen treat.

Among the flavors is Caramel Fiorina, Mike Huckabee’s Life Begins at Confection, and more.

Watch to find out what he named Hillary’s flavor.