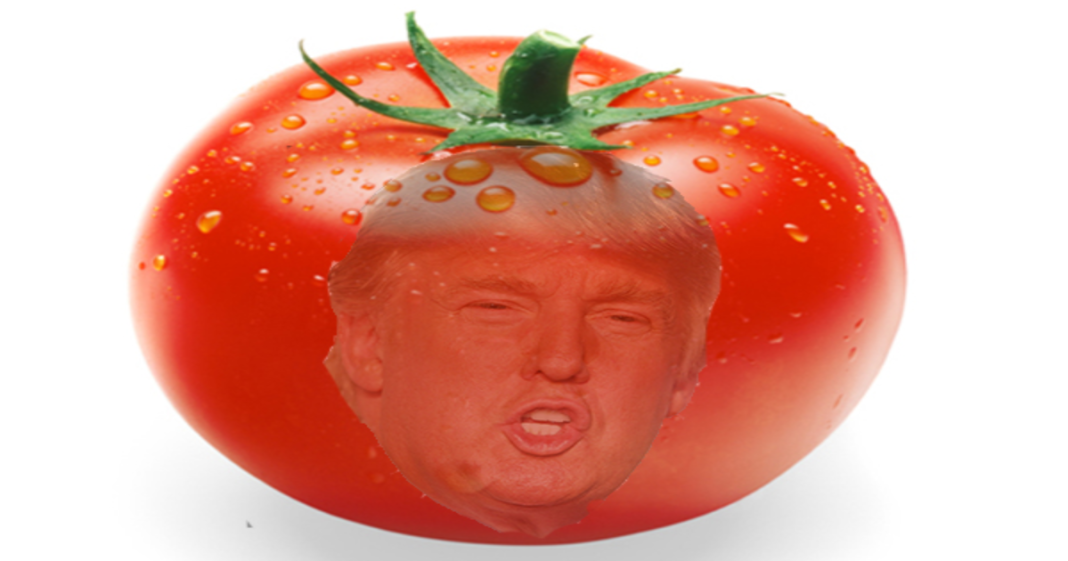 We normally associate the throwing of tomatoes with audiences of long ago booing a less-than-stellar Shakespeare play, but things got a little Elizabethan earlier this week when Donald Trump’s stage was pelted with the red fruit by a man wearing a “Heil Trumpler” t-shirt.

It started with the whistles. Media members in attendance reported that a whistle sound was coming from many different places as protesters used their shrill tool to display their disapproval without easily being detected. At first, Trump laughed it off but later got more frustrated.

Then came the tomatoes.

Apparently throwing tomatoes is still a thing? Taken on the stage after Trump rally tonight. pic.twitter.com/wkAIuoyDIY

The tomato tosser was identified as Andrew Joseph Alemao, 28, who was detained and arrested by university police for disorderly conduct associated with throwing the two tomatoes at Trump.

Alemao was just conforming to the age-old tradition of lobbing juicy, rotting fruit at those who are giving a repugnant performance. Considering his other more violent alternatives, we applaud Alemao in his relatively peaceful and hilarious protest.

Watch this video at the 10 second mark to see the brave little tomato hurtling towards its mark.