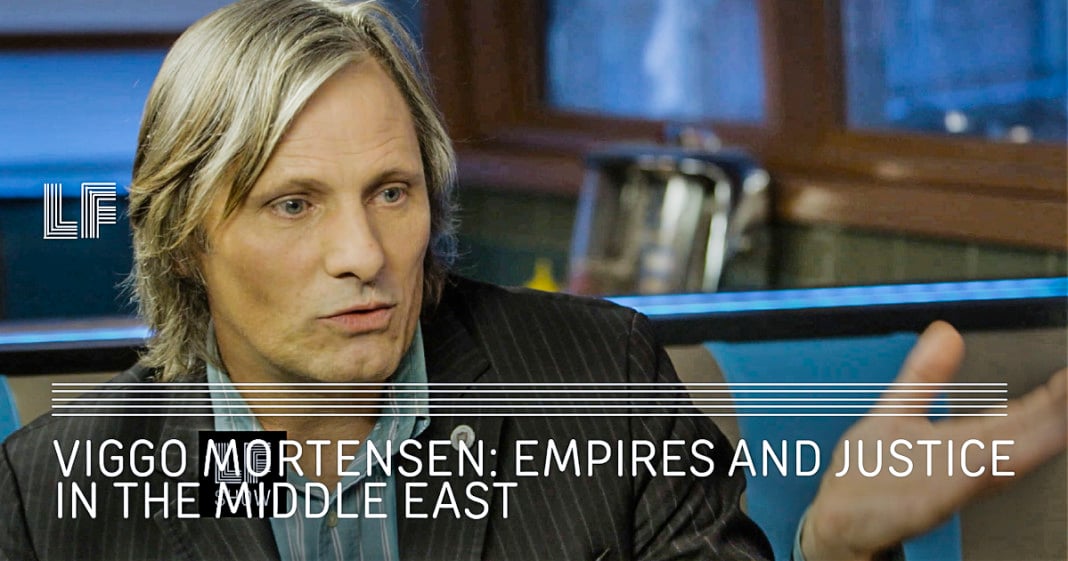 This week Laura Flanders and Viggo Mortensen discuss heroes, outlaws, empires and justice in the Middle East. Academy Award-nominated actor Viggo Mortensen has appeared in scores of movies, including The Lord of The Rings, one of the highest grossing film series of all time. What you may not know is he’s also a poet, photographer, musician and painter. He speaks four languages, and he is the founder and publisher of an independent publishing house, Perceval Press. The twelfth anniversary edition of Perceval’s collection of essays in response to the Iraq occupation: Twilight of Empire — was released this winter with essays by Mike Davis, Amy Goodman, Jodie Evans and Dennis Kucinich among others – and a forward by Howard Zinn This episode also features a few words from Laura on Hillary Clinton – her warmth and her wars.