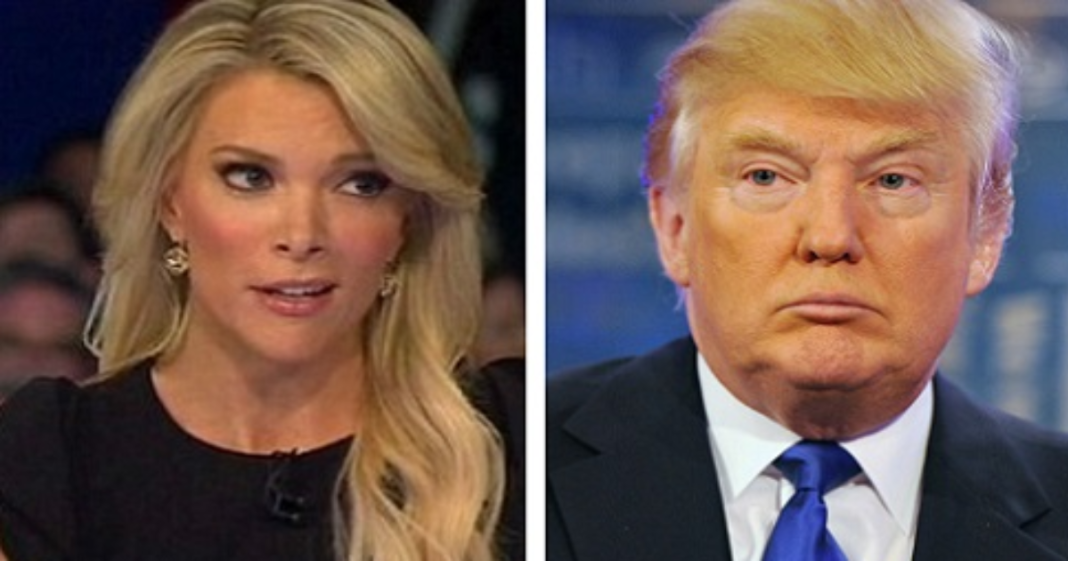 During the 2016 election cycle, Donald Trump has rarely come up against a person who would tell him “no.” Trump has actively alienated every major political and media player, much to the delight of empty-headed Americans who support him. But it appears that the candidate may have met his match when he got into a spat with Fox News about Thursday’s debate moderator Megyn Kelly.

Kelly and Trump have had a tumultuous relationship from the start, with Kelly going after Trump at a previous Fox debate in August. Shortly after, Trump referred to Kelly on his Twitter account as a “bimbo.”

Trump demanded that Fox News remove Megyn Kelly as a moderator for Thursday’s debate, telling CNN‘s Wolf Blitzer that he doesn’t like Kelly, and that “she doesn’t treat [Trump] fairly.”

Trump also Tweeted on Saturday that Kelly had an obvious bias and therefore should not be allowed to moderate the debate.

Fox News fired back, saying that politicians do not get to choose their journalists, and that Fox News absolutely supported Kelly.

“We learned from a secret back channel that the Ayatollah and Putin both intend to treat Donald Trump unfairly when they meet with him if he becomes president — a nefarious source tells us that Trump has his own secret plan to replace the Cabinet with his Twitter followers to see if he should even go to those meetings.”

Megny Kelly and Fox News Responded to Trump’s announcement, providing the long and complicated history between the candidate and the Fox pundit. We have no skin in this game as both Trump and Fox News are reprehensible in their own ways, but it is satisfying to see the network stand up against the Frankenstein’s monster they helped to create.