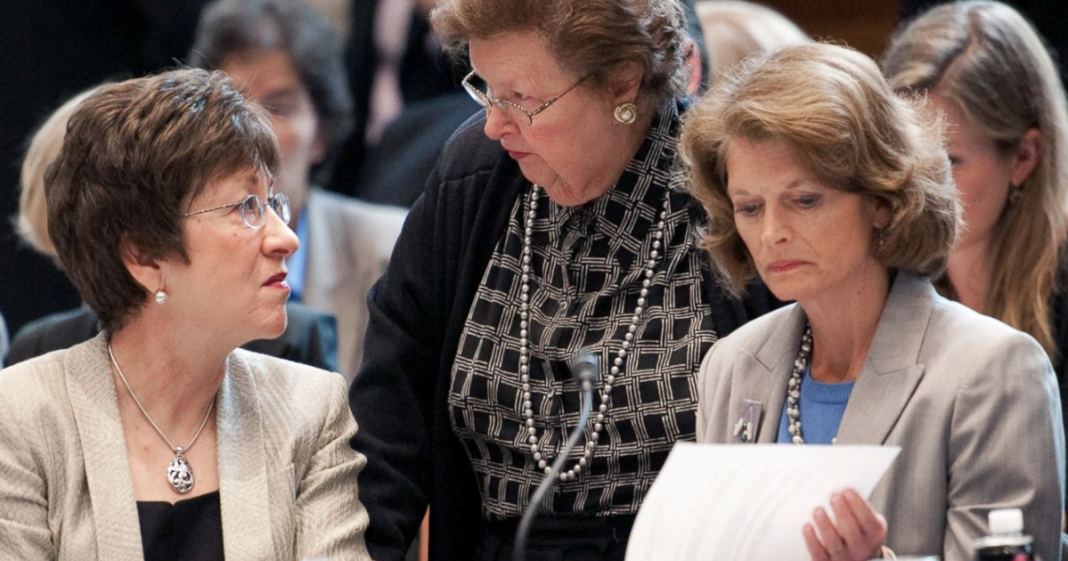 When senators began showing up for work on a snowy Tuesday morning, they noticed something a little different: Every person in attendance in the chamber was a woman, from the senators to the pages. Senator Lisa Murkowski of Alaska noted the starkly feminine attendance and said,

Murkowski made sure to note that the gendered room was not orchestrated or planned in any way. Merely, she later said, it was maybe an example of female resiliency.

“Perhaps it speaks to the hardiness of women, that put on your boots and put your hat on and get out and slog through the mess that’s out there.”

While it is more likely that the attendance demographics were the result of pure coincidence, it must have been a unique feeling to be in a female-dominated chamber.

Murkowski noted that the chamber felt “different in a good way.”

This unusual event (and the fact that it is really that unusual) speaks to the continued gender divide that still exists in America. Out of the 100 senators serving in the U.S. Congress, 20 are women. This is the most in history, but it is still not a true representation of the American people.