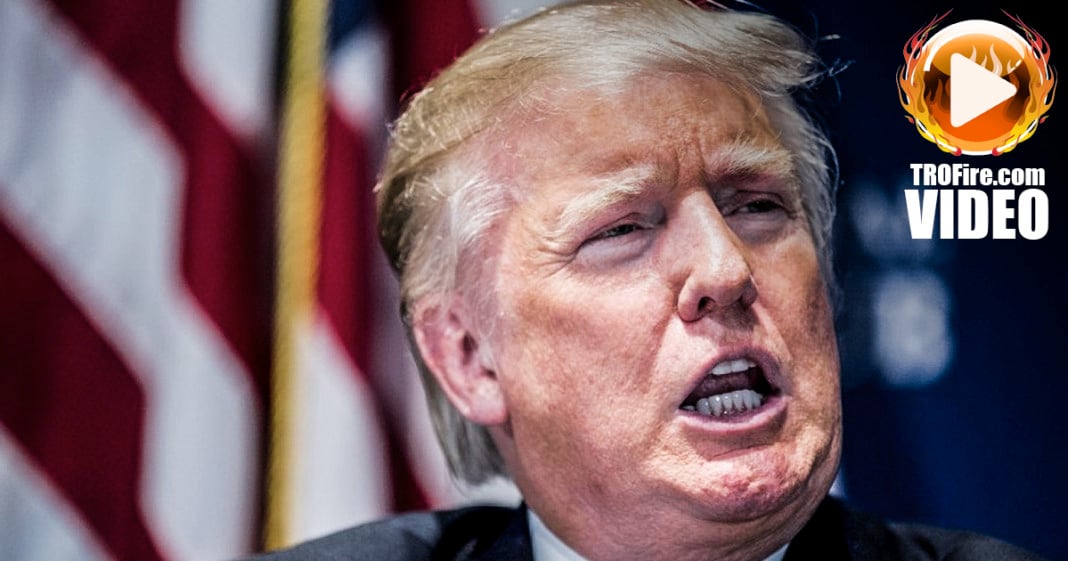 A week out, and Donald Trump is still in the lead, with Ted Cruz in a distant second. This comes as no surprise to anyone who’s looked at a poll in the last two months, but it isn’t what the Republican establishment wanted to see a week before the first caucus.

Like most of us, the Republican establishment never imagined that Donald Trump would make it this far in his campaign. They assumed that Jeb Bush would be the frontrunner and that the race would basically be over before voters in Iowa even made it to the polls. But as we’ve explained in the past, the establishment grossly underestimated their own base – a base that they lost touch with when the Tea Party burst onto the scene with the help of the Koch brothers.

At that moment, the focus of Republican voters shifted away from traditional conservative issues – things like abortion, religion, and guns – and onto non-issues and divisive hate. Sure, those other issues are still major talking points, but the real driving force behind the new Republican base is hate. Hatred of anyone and anything that is non-white and non-male. The establishment somehow managed to ignore what was happening to their own Party, and as a result, they’ve ended up with Donald Trump as their frontrunner.

That’s why, with only one week left before the first round of caucus voting, conservative establishment groups are taking one last shot at taking Trump down for good.

The National Review released an editorial late last week that essentially begged conservatives to abandon the Donald Trump bandwagon, because, according to the paper, he isn’t a real conservative. They make the case that Trump lacks civility, and that he has absolutely no knowledge about policy, and that he’s too arrogant and self-centered to care about the Republican Party. While all of these claims are true, they can also be said of every single person running for president under the Republican banner. They apply to almost every conservative currently holding office in Washington, D.C. And that’s because a lack of civility, lack of policy knowledge, and an abundance of arrogance have all become Republican Party ideals in the last decade.

Is Donald Trump threatened at all by the establishment? Absolutely not. And we know that because of the statement he made late last week, where he told crowds that he could probably shoot someone in broad daylight for no reason and he wouldn’t lose a single supporter. And he’s absolutely correct. That’s because anyone who is so devoid of intellect that they would support Trump won’t be phased by anything that he does – it was the same thing we saw play out during the Bush years. No matter what that man did as president, his supporters would blindly follow and defend every one of his actions. And that’s what the Republican base has become today – a spineless, terrified group of YES MEN who desperately crave an authoritarian leader who promises to keep them safe.

And again, it all goes back to the creation of the Tea Party, as well as the Supreme Court’s decision to allow corporations to buy elections. Conservative, and some Democratic, politicians no longer care about the Party or the Party’s goals – they only care about winning the next election. And they can only do that if they have corporate money, which they can only get if they are willing to do everything corporations ask of them. So the National Review can attack Trump all they want, but it seems like their problem has more to do with what they’ve turned the Party into at this point…