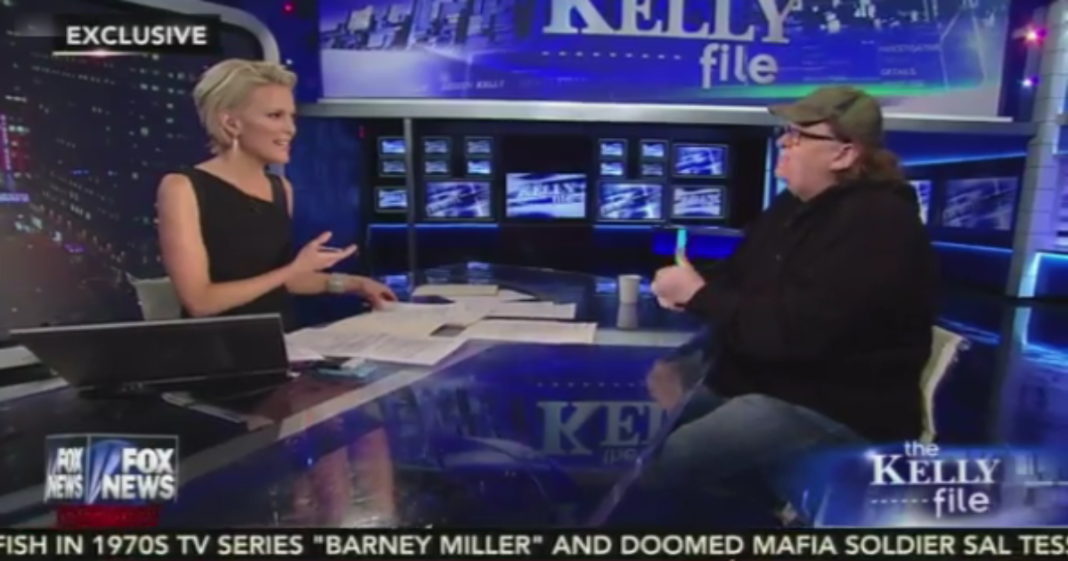 Michael Moore made an appearance on Fox News, of all places, to talk about his new film, “Where To Invade Next,” though Moore was much more interested in discussing the latest Trump-Kelly controversy surrounding Trump’s boycott of the Thursday night debate.

Host Megyn Kelly seemed incredibly disarmed by the politeness of Moore who she is no doubt used to having more bristly conversations with. Moore is almost always at odds with the sort of values espoused on Fox News and it is a rare sight indeed to see him defending a Fox correspondent.

“You have done something that Jeb Bush, Chris Christie, Rubio, Cruz, none of them have been able to do, which is to essentially frighten him, make him run, shut him down. Everyone’s tried to do this for months and you did it!”

Kelly again and again tried to return to her line of questions, but the flattery from Moore was just too much.