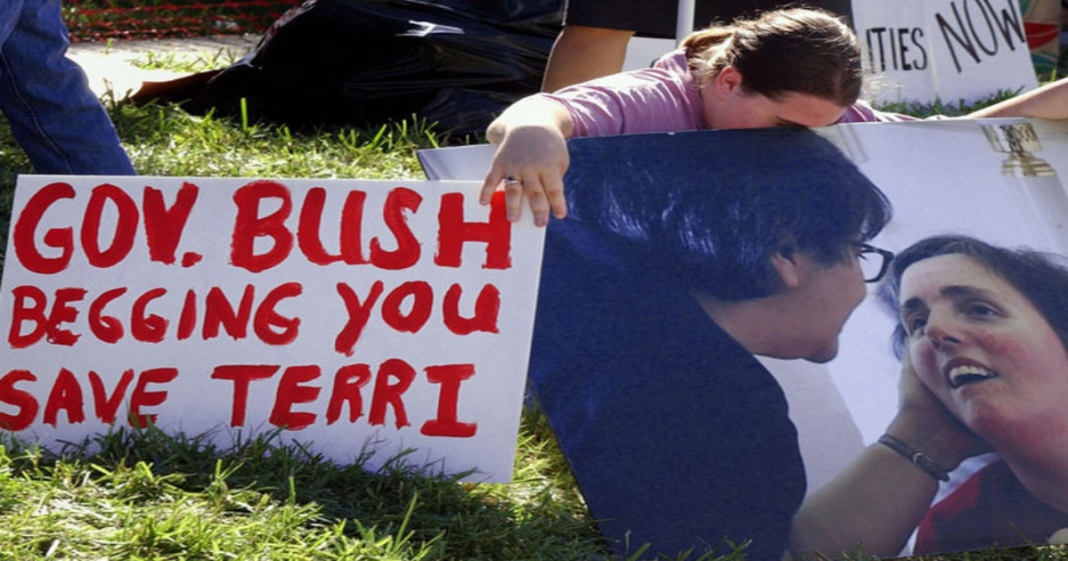 Jeb Bush’s SuperPac Right To Rise posted a new ad this weekend which portrayed the floundering candidate as a man of “deep faith who fought time and again for the right to life.” While those words were spoken, an image of Terry Schaivo flashed on the screen, a reminder of Jeb’s involvement in fighting against the family who wanted their loved one to die in dignity and peace.

Schaivo’s husband has spoken out in response to the ad, calling Bush “disgusting,” and saying that he is exploiting his wife’s tragedy for “crude political gain.”

“Using his disgraceful intervention in our family’s private trauma to advance his political career shows that he has learned nothing. He’s proud of the fact that he used the machinery of government to keep a person alive through extraordinary artificial means—contrary to the orders of the court that were based on the court’s determination, made over six years of litigation, that doing so would be against her wishes.”

“What the campaign video shows is that if he ever got his hands on the power of government again, he would do the same thing again, maybe next time to your family.”