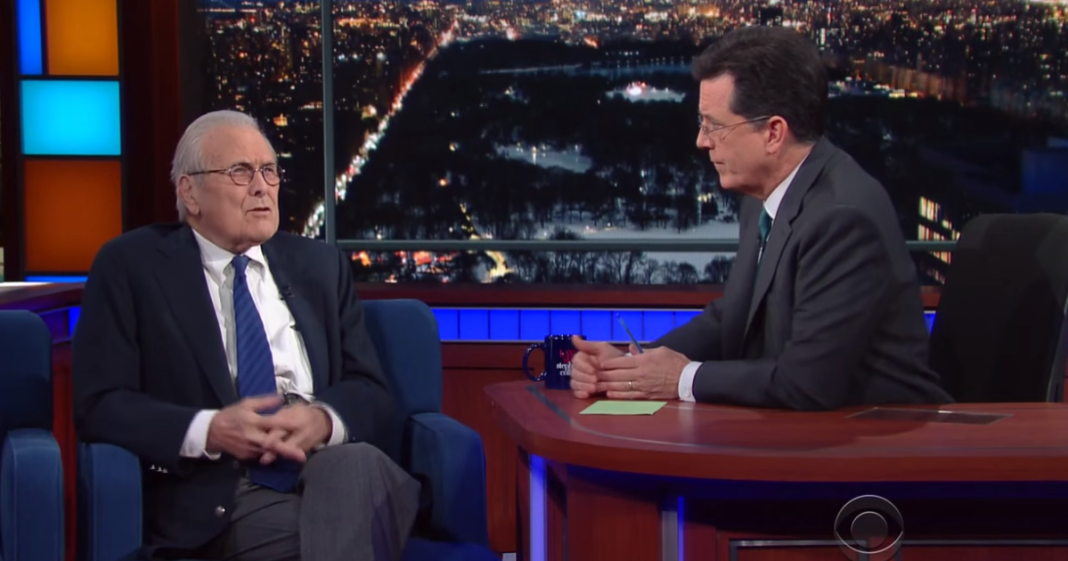 Stephen Colbert, host of “The Late Show,” brought on former Secretary of Defense Donald Rumsfeld to discuss the app he created, as well as discussing the war in Iraq (Can you guess which of the two we will be discussing?).

Colbert was careful to not bulldog Rumsfeld too much, though he expertly dodged Rumsfeld’s attempts to avoid answering the questions Colbert asked.

Colbert managed to get to the meat of the Rumsfeld issue when he asked the secretary whether or not the government knowingly lied to the American people about the level of knowledge that the government had regarding weapons of mass destruction leading up to the Iraq war.

“The president had available to him intelligence from all elements of the government, and the National Security Council members had that information,” Rumsfeld said. “It was all shared, it was all supplied, and it’s never certain — if it were a fact, it wouldn’t be called intelligence.”

“Wow. I think you answered my question.”