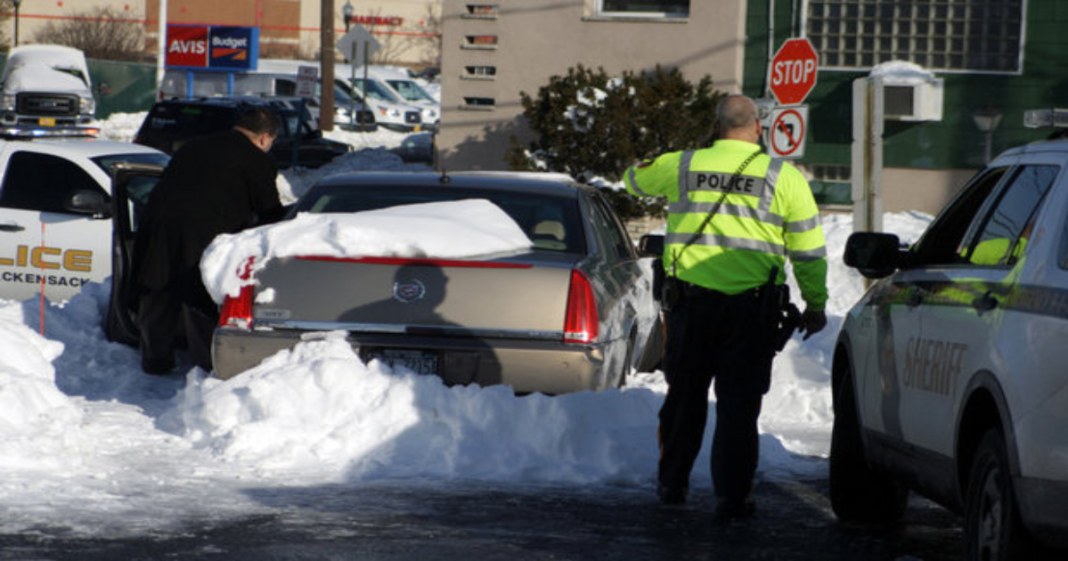 In New York on Friday, a 78-year-old woman told a Burger King employee that she was afraid to drive her gold Cadillac home in the winter storm. When employees returned to the store on Monday morning, they found the same gold Cadillac in the parking lot buried in snow. Inside, the elderly woman was found dead.

Police believe that she did not die from carbon monoxide poisoning as the tailpipe was not obstructed. Police also discovered that she had a dead battery, indicating that she may have ran her car until it died in an attempt to stay warm.

There were several eyewitnesses who noticed the car parked in the lot all weekend but the witnesses assumed that the car was abandoned. Two other witnesses reported seeing a gold Cadillac driving down the wrong side of the road Friday evening.

The woman’s name has not yet been released as her family hasn’t been notified.

“It’s possible (the death) could be related to the weather,” the police director said.

An autopsy will be performed to determine if the woman died due to the storm or if she died for another reason. If she died due to Storm Jonas, it will be the third confirmed fatality caused by the intense winter storm that ravaged the east coast.