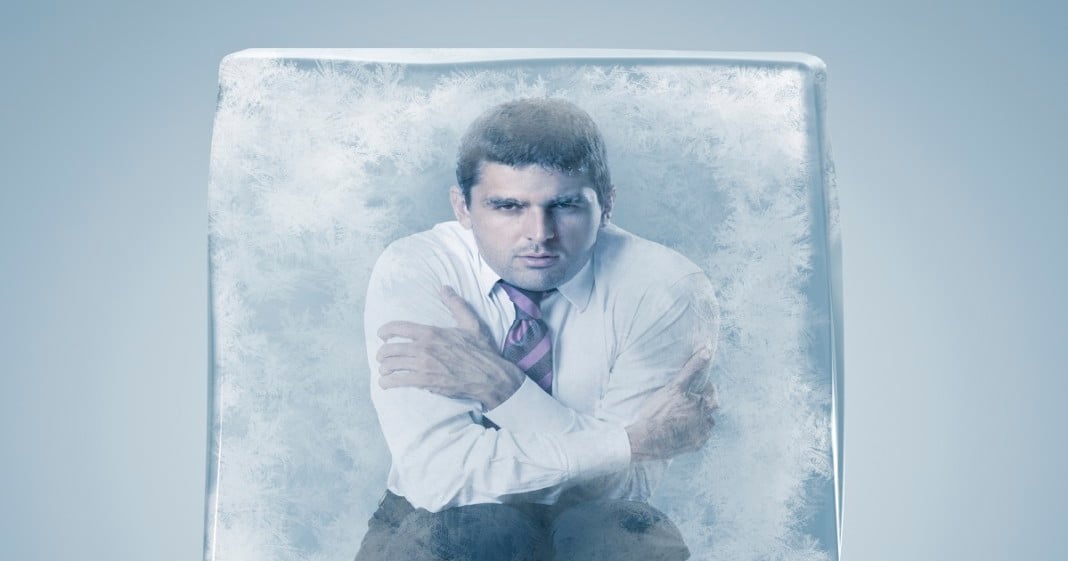 Cryonics, the science of freezing humans and animals with the intention of reviving them later, has long been the stuff of science fiction. Recently however, it has become one step closer to science fact. Interestingly, it wasn’t the result of ongoing research, but rather, an accident.

The story begins almost a year ago. On the evening of February 20, Justin Smith of McAdoo, Pennsylvania, tripped while walking home, fell into a snowbank, and passed out. There he remained until his father discovered his body the next morning. By that time, Justin’s body temperature had dropped to 68 degrees (normal body temperature is 98.6 degrees) and he was presumed dead. Nonetheless, when EMTs brought him into the hospital, the emergency physician on duty ordered that Smith be given CPR in a last-ditch attempt to revive him. Dr. Gerald Coleman realized that it would likely have no effect, but later told a local newspaper,

“Something inside me just said, ‘I need to give this person a chance… I think we need to do our best for him.”

For two hours, EMTs continued to administer CPR until Smith could be flown to another hospital in Allentown. Once there, the patient received a transfusion of warm, oxygenated blood, and his heart began beating on its own. Smith remained in a coma for two weeks and doctors feared permanent brain damage from lack of oxygen. However, when Smith finally emerged from his coma, he was coherent – if understandably disoriented. Except for the loss of his toes and the pinky finger of both hands to frostbite, Justin Smith was none the worse for wear.

Smith’s recovery was miraculous, but it wasn’t the first of such cases. In 2001, 2-year-old Paulie Hynek of Eau Claire, Wisconsin wandered outside one winter night and wound up spending the night in a snow bank. By the time he was found, his body temperature had dropped to 60 degrees, his heart had stopped beating, and he was no longer breathing.  Nonetheless, physicians managed to revive him. Today, Paulie Hynek is a normal, healthy teenager.

These cases have implications for the science of cryonics. The idea that patients with terminal illnesses or injuries could be frozen and later revived when future medical technologies might be able to save them has long been attractive. However, for many years, the primary problem with freezing humans and large animals is that the procedure is irreversible. The extremely low temperatures used for the cryopreservation process (close to minus 200 degrees Fahrenheit, the point at which nitrogen begins to liquify) causes severe damage due to oxygen deprivation and tissue fracturing. Cryoprotectants used as a type of “antifreeze” to prevent ice formation can also cause serious injury. Although the cryonic preservation of humans and animals is possible, there is no way to successfully revive such subjects with current technology.

Justin Smith’s survival could cause scientists to rethink the entire process. Such cases may also may lead medical science to redefine what constitutes physical death. Further advances in bioengineering and medical nanotechnology, combined with what medicine is learning from patients like Justin Smith and Paulie Hynek, may very well lead to a day when patients who are presently considered terminal may literally be “put on ice” until medical science is able to treat them successfully.