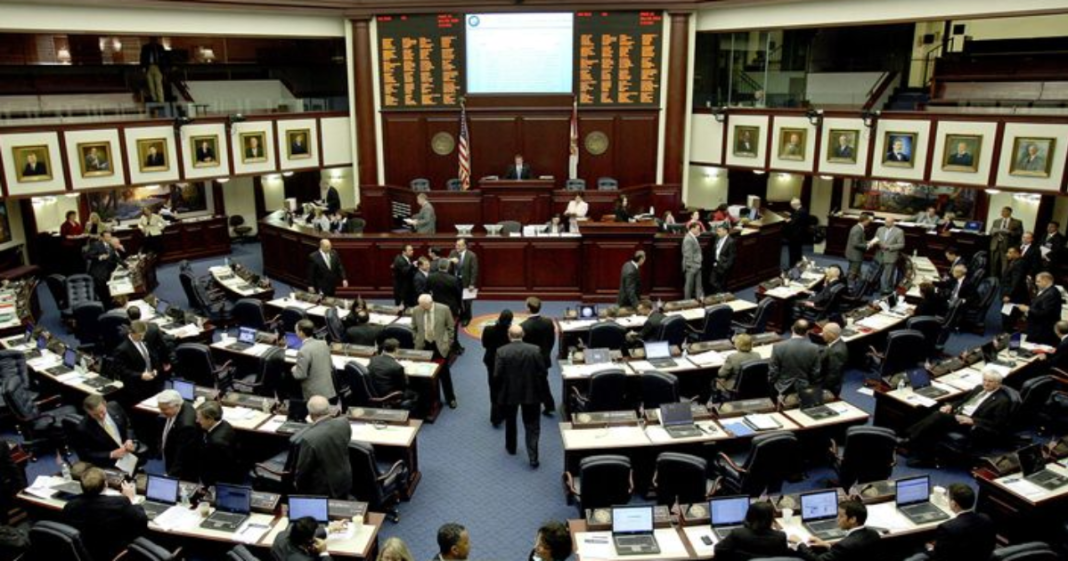 Lawmakers in Florida are defiantly ignoring the established Roe v. Wade ruling from the Supreme Court by voting to make it a crime to perform an abortion or operate an abortion clinic. The vote was held in the Florida House criminal justice panel which voted in favor of the ban 8-3. The law, if passed, would come with a penalty of up to 30 years.

Rep. Charles Van Zant, R-Keystone Heights, the bill’s sponsor had this to say in regards to the preposterous proposal:

“The bill recognizes that both the mother and the baby are citizens of the state of Florida… and we are therefore compelled to protect their lives.”

The bill is religious in nature, invoking a “creator” in the language.

“The Legislature finds that all human life comes from the Creator, has an inherent value that cannot be quantified by man, and begins at the earliest biological development of a fertilized human egg.”

The law makes allowances if the mother’s life is at stake, but other than that, they would like to see a woman forced to carry a child whether she can afford one or not.

If passed, this law will most certainly be struck down by the Supreme Court based on the precedent already set. Why are lawmakers wasting taxpayer time and money pursuing an anti-women case which they know will fail? It is disgusting that they want to hold women’s bodies hostage for political gain.