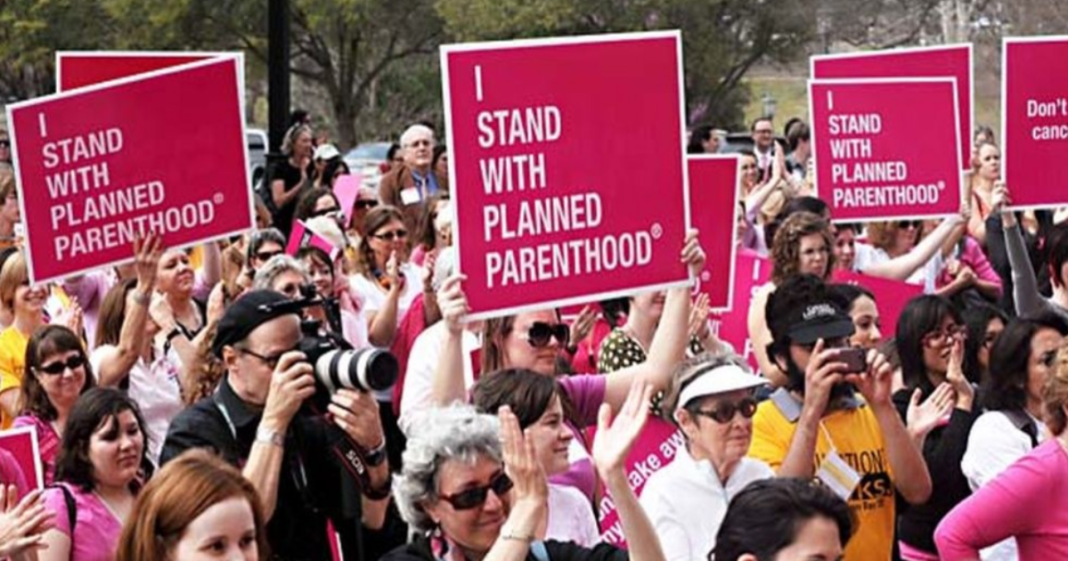 When the fiasco with Planned Parenthood began last year, there were serious concerns that the videos being released by the anti-abortion organization Center for Medical Progress would have a major effect on public support and opinion for the vital women’s health organization.

The videos, made more prominent by presidential candidate Carly Fiorina, purported to show the dissection of fetuses as well as conversations where Planned Parenthood employees agreed to sell fetal tissues. The organization was able to obtain these videos by using fake California identification cards and purposely lying about their identity.

With the release of the videos came a widespread call to defund and investigate Planned Parenthood for wrongdoing. Investigations have been made from state to state and absolutely nothing of value was turned up. Planned Parenthood was found innocent after investigators concluded that the videos were clearly doctored and could not be used as reliable testimony.

Last week, Planned Parenthood filed a suit against the Center for Medical Progress for fraud, alleging that they had used fake identification in order to gain access to their facilities. The grand jury which was previously investigating the women’s health organization has now instead indicted two of the Center’s conspirators, David Daleiden and Sandra Merritt, on felony charges of using a fake I.D. with the intent to defame and defraud. They have also been brought up on a misdemeanor charge of trying to purchase human organs as their video records clearly show an intent to purchase.

This indictment is a clear victory for the women’s health organization as they not only regain a bit of their bruised reputation, but further discredit is applied to the videos which many still believe portray real events.

As attacks on women’s healthcare rights come from every direction and talk of repealing Roe V. Wade is used as a GOP stump speech, it is small victories like this that give organizations and individuals like Planned Parenthood the will to fight on for women’s health and well-being.