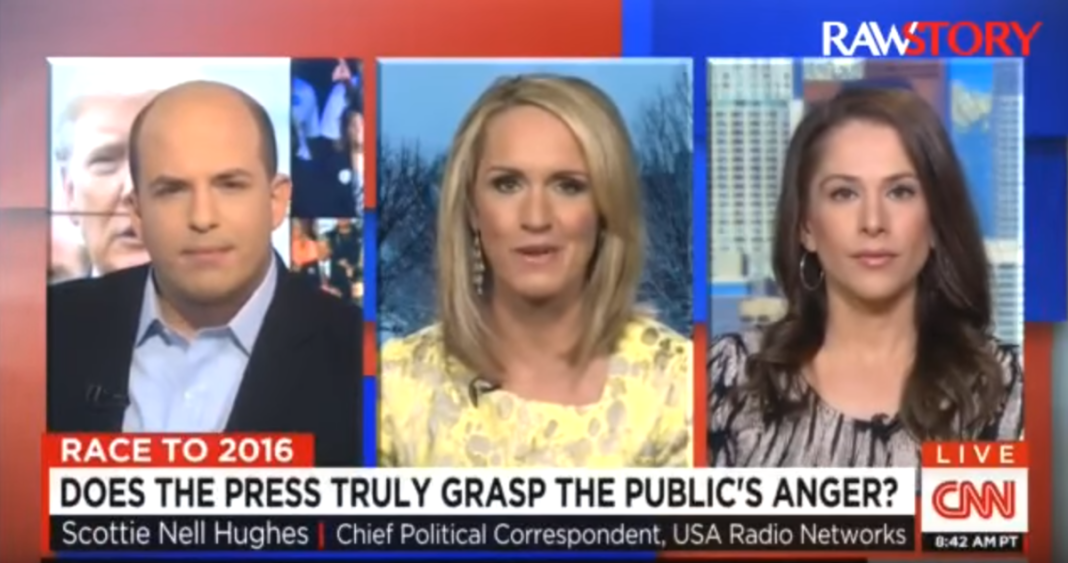 Two opposing sides had a bit of a showdown on CNN recently when The Young Turks host Ana Kasparian took on corporate media-at-large against conservative corporate darling Scottie Nell Hughes.

Kasparian was asked whether she felt that the media was out of touch with the American people due to their socioeconomic urban status.

In response, Kasparian said that like the political elite, corporate media chooses to fearmonger instead of focusing on issues that are most important to the success or failure of the U.S.

“So it’s really difficult for mainstream — let’s say, cable outlets — to talk about things like income inequality, wealth inequality when the advertisers that are funding their shows are the same corporations that want to ensure that the same system continues.”

Hughes tried to defend media as a whole, saying that the if-it-bleeds-it-leads adage of journalism is a good enough defense for ignoring more pressing issues like student loan debt in favor of focusing again and again on whether or not ISIS has infiltrated the states. Kasparian was having none of it.

“You’d rather fearmonger about non-existent threats inside the United States as opposed to focusing on the issues that are burdening our economy.”