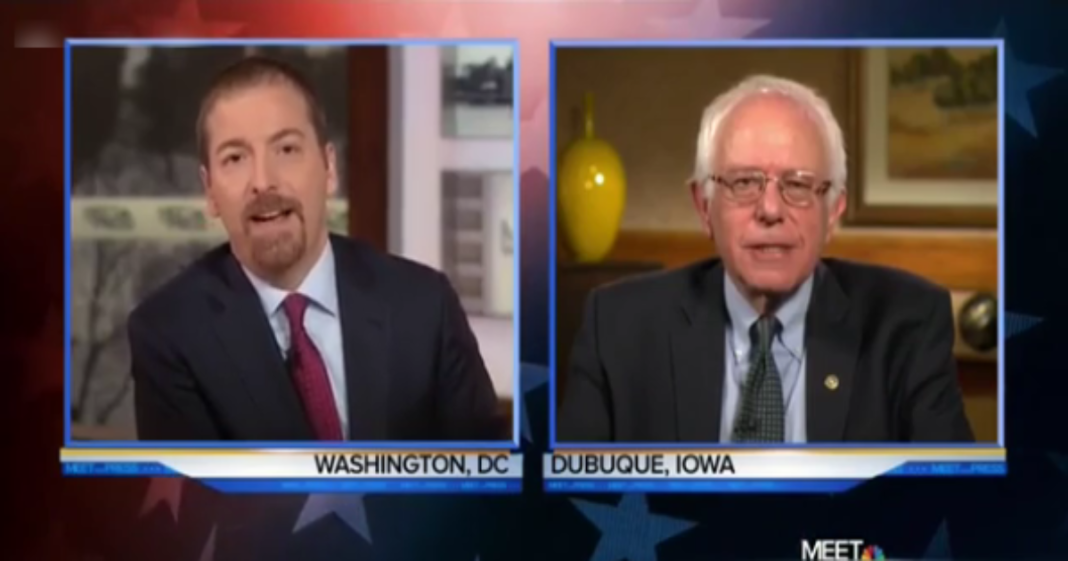 Over the weekend, Senator Bernie Sanders was asked on “Meet The Press” what he felt about a potential latecomer joining the 2016 race.

The question came after the New York Times reported that billionaire Mike Bloomberg is testing the waters to determine whether or not it would be worth it for him to throw his hat in the ring as a third party candidate if he sees Hillary Clinton beginning to flounder.

“Well, my reaction is that there will be… if Donald Trump wins and Mr. Bloomberg gets in, you’re going to have two multi-billionaires running for President of the United States against me.

And I think the American people do not want to see our nation move toward an oligarchy, where billionaires control the political process. I think we’ll win that election.”

It is fascinating the number of political systems that are being thrown around this election cycle. We already had Fascism devoted to dear old Trump, and of course socialist, communist, Marxist for Bernie, but now we can add Oligarchy to the mix. Sounds like things are getting awful complicated for this Democratic Republic.