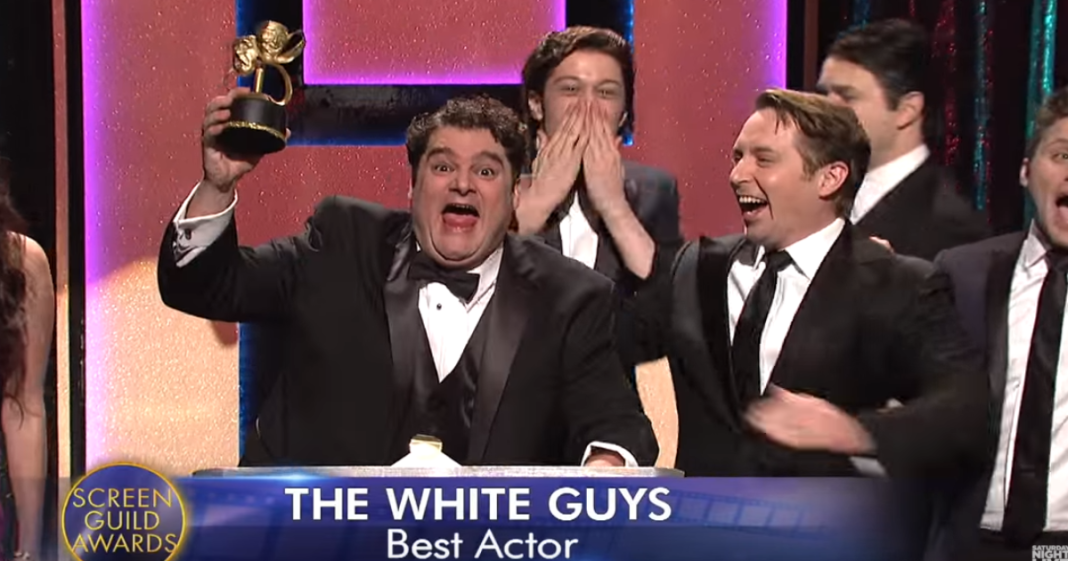 There is an ongoing conversation between creators of media and the academy about whether or not the Oscars and other awards shows are doing an adequate job of acknowledging the work of black actors. Many prominent black actors are choosing to boycott the Oscars award show this season as they claim that it is not representative of the film industry. Many others have shot back, saying that it is not discrimination on the part of the award show but rather a lack of quality content coming from black actors and creators.

The discussion continues to rage over the complex issue, but in the meantime, Saturday Night Live released a satirical piece on Saturday which cuts to the heart of the issue in a comedic and spot-on way.

The sketch features a host of black actors being passed over in important films about topics that are particularly important to, and revolve around, African Americans.

Who is nominated instead? The boxing coach that gives a brief inspirational speech to a black boxer, a white guy that walks in on an emotional scene, and even a disembodied white voice on the telephone.

And who wins the award? “All the white guys,” of course.