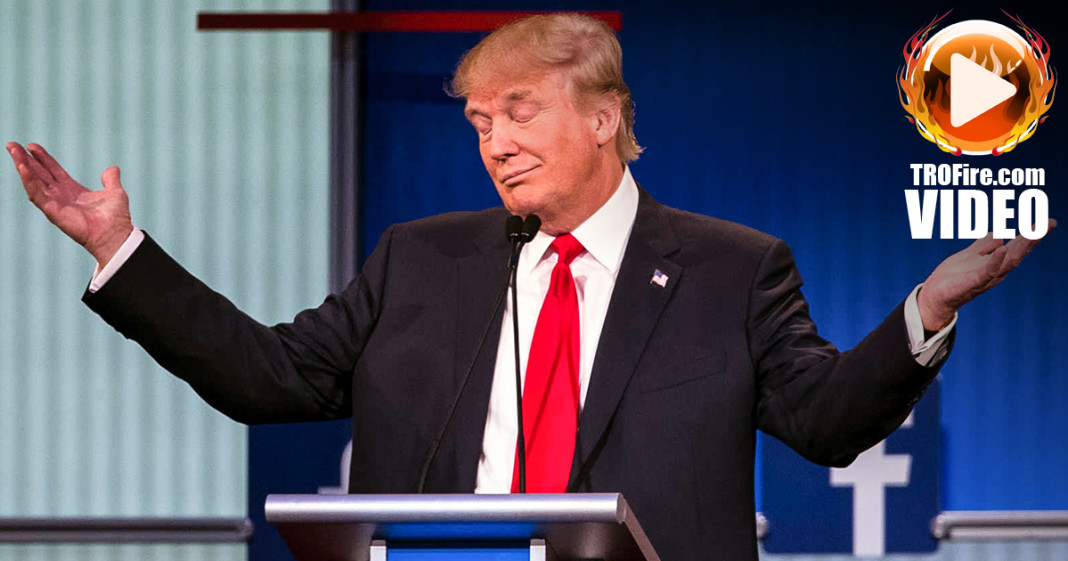 A few years ago, conservative talkers dominated the media – about 90% of all talkers on both radio and TV had a conservative slant. Thanks to social media, progressive websites, and Free Speech TV and RT, that imbalance has shifted slightly, but conservatives are still the dominant voices on the air today.

This dominance is mainly due to the fact that most conservative voters actually yearn for authoritarianism and prefer to be told how to think and feel. Psychological studies abound that detail the inner workings of the conservative brain, and it almost always come back to the fact that they need to be given their marching orders because they aren’t independent thinkers. That’s why the media is oversaturated with conservative talkers.

And that’s also why its so much fun to watch the conservative media tear itself apart during this election cycle. Rush Limbaugh, Glenn Beck, and the freaks over at Fox News have been pushing the Republican Party further and further to the right, and now their ugly personalities have personified themselves in Donald Trump. And rather than trying to distance themselves and come across as the sane choice for the GOP, the other Republican presidential candidates are now having to jump on the Donald Trump / Conservative media crazy train in order to stay relevant.

We saw this play itself out with Donald Trump’s insane proposal to essentially repeal the 14th Amendment and deny birthright citizenship to children of illegal immigrants born in the United States. Trump is trying to take America back to the Dred Scott days of history where former slaves and their children were denied citizenship for the sole purpose of preventing them from voting.

The reason this is happening is because the conservative media has been blaming immigrants for years. They tell their viewers that Joe Six Pack lost his job because they gave it to illegal immigrants. They tell us that we’d better carry a weapon at all times because an illegal immigrant will kill us if we aren’t ready to shoot first. They stoke the conservative base’s fears, tell them who to blame, and then tell them that Republicans are the only ones who can solve the problem. That’s the key to conservative media success.

But the burn down of conservative talk goes even further than the anti-immigrant hate speech we’re hearing today. The lunatic fringe of the party – the fringe that the conservative media created – is now pushing the media to be even crazier; to go further and further to the right. Donald Trump picked a fight with Fox News after the first debate and HE WON. He got the network to back down by threatening not to come on again. The result was that the network apologized, welcomed Trump back with open arms, and sent Megyn Kelly on an unplanned vacation while they smooth things over with The Donald.

This rightward shift of the media is taking an enormous toll on the Republican Party to the point that we have old guard Republicans out there talking about how dangerous the right wing media has become, and how it could actually end up costing the GOP this election because they are forcing fringe candidates on a moderate public; a public that is actually turned off by Trump’s hatred of immigrants and his disdain for women.

This really is the perfect example of Frankenstein’s monster: The conservative media helped create a lunatic fringe, and now that fringe monster has started bossing the conservative media around. Meanwhile, we can all sit back and watch as the right wing talking heads burn down their own Party.