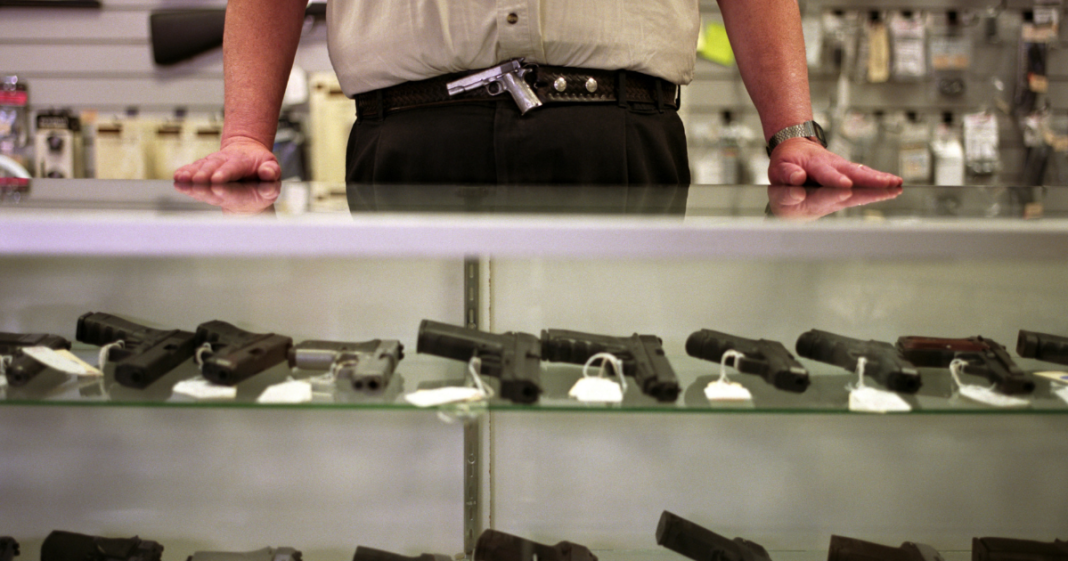 On Saturday, father and son owners of a Mississippi gun shop were shot and killed during a shootout with customers over a $25 gun repair fee.

A father and son visited the shop to pick up a gun they had left to be repaired when the owner and his son told the patrons that they would have to pay a $25 fee. An argument was begun which quickly turned into a shootout between the four men. The shop owner shooters were fatally shot and the two customer gunmen were rushed to the hospital and put into intensive care from their wounds.

This is the sort of stupidity and unwarranted loss of life which comes from the belief that the answer for gun violence is more guns. We are not sure in this case which of the two sets of father and son were the “good guys with guns” and which were the “bad guys with guns,” but the only thing that came from their gun ownership on Saturday was the loss of two lives and the irreparable damage of two others.

Is this the America you want, opponents of common-sense gun control?