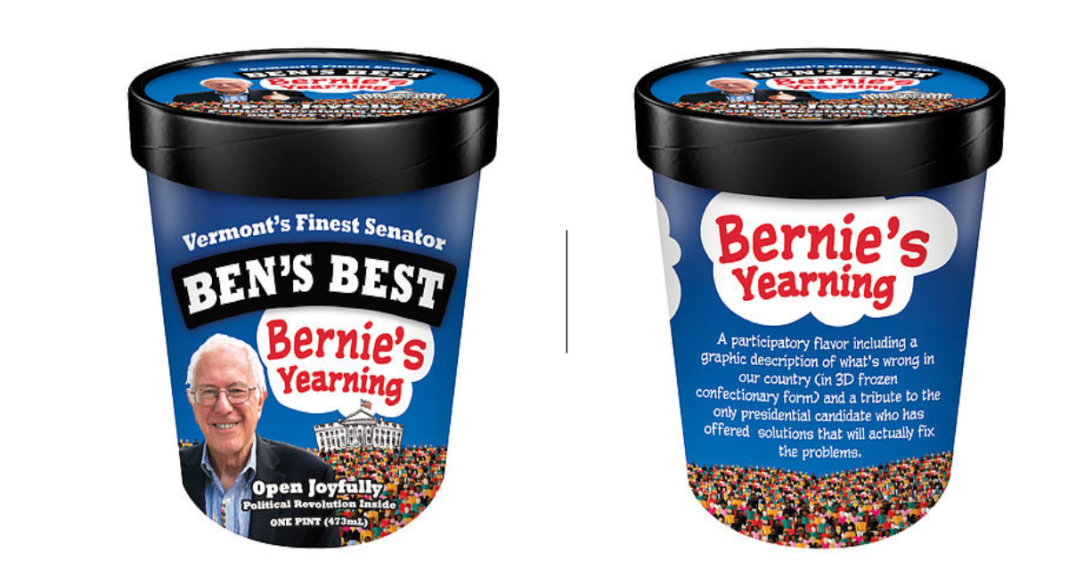 Ben and Jerry’s famous ice cream line has just announced that they have created a flavor called “Bernie’s Yearning” dedicated to Senator Bernie Sanders’ presidential run. But don’t go running out to your local grocery store just yet- the Bernie-themed Ben and Jerry’s ice cream flavor unfortunately isn’t becoming a part of the official line.

Co-founder Ben Cohen created the mock-up for the flavor and posted it online where it, predictably, blew up on social media. With such a large positive response, Cohen went and created a very limited edition batch of the cold treat in his own kitchen, creating 40 cartons. He sent 25 of the cartons of mint chocolate to the Sanders campaign, and has decided to give the final 15 away in a contest.

The ice cream flavor features a thick disk of solid chocolate which is meant to represent the wealth of the top 1 percent, a la the Bernie stump speech. The remainder of the pint holds a simple mint ice cream which represents the rest of America, poor and unexciting. To properly eat the tasty treat, you are to crack open the solid disk of the wealthy and evenly distribute the “richness” throughout the entire pint. 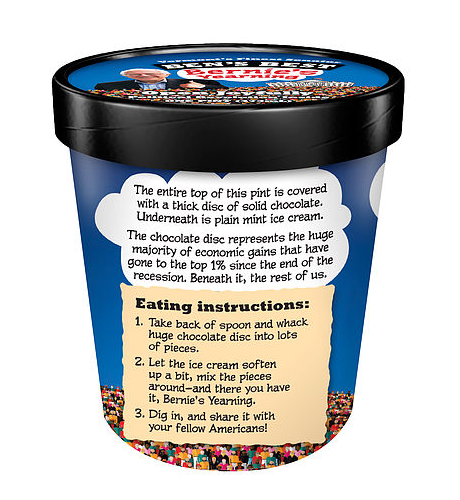