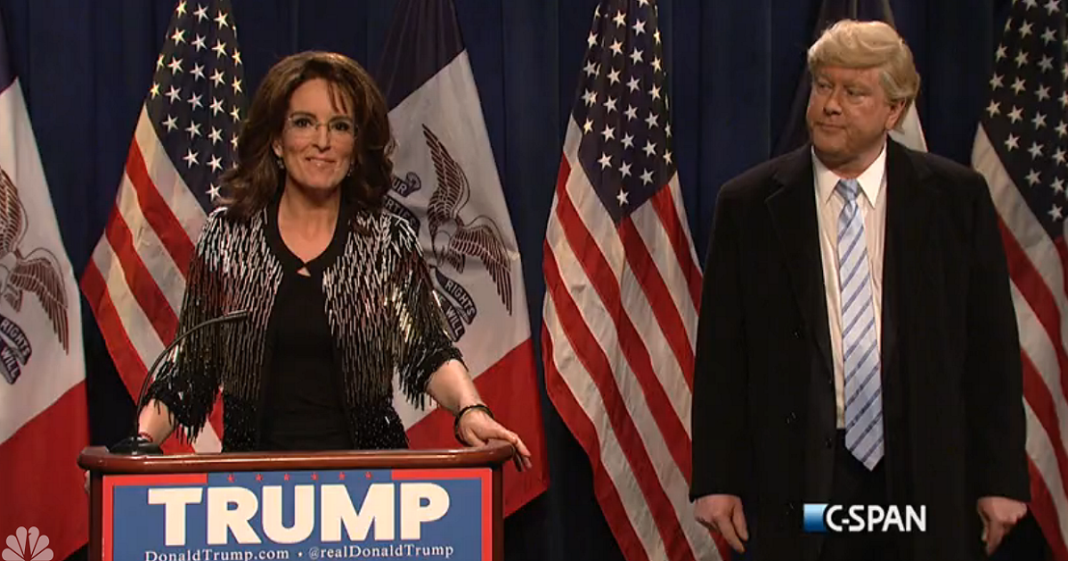 After this weeks absolutely bonkers presidential endorsement from failed governor Sarah Palin and the wacko speech that accompanied it, it is only fitting that Tina Fey find time in her schedule to reprise her role as the “pitbull wearing lipstick” “hockey mom.”

Fey appeared on Saturday’s episode, wearing that same flashy sweater that Palin wore and announcing that she was taking a break from making Facebook comments to endorse the “next president of the United States Donald J. Trump”

Of course Trump is in the sketch as well and makes the best remarks.

“The total package. Smart. Legs. Yelling. Everything. I haven’t seen a woman this impressive since Jeb Bush.”

“She’s fun. She just says whatever she wants. It’s like her mouth starts driving before her brain gets in the car”

We are so glad to have Fey’s Palin back. It almost makes the assault on our eardrums from the real Palin earlier this week worth it.