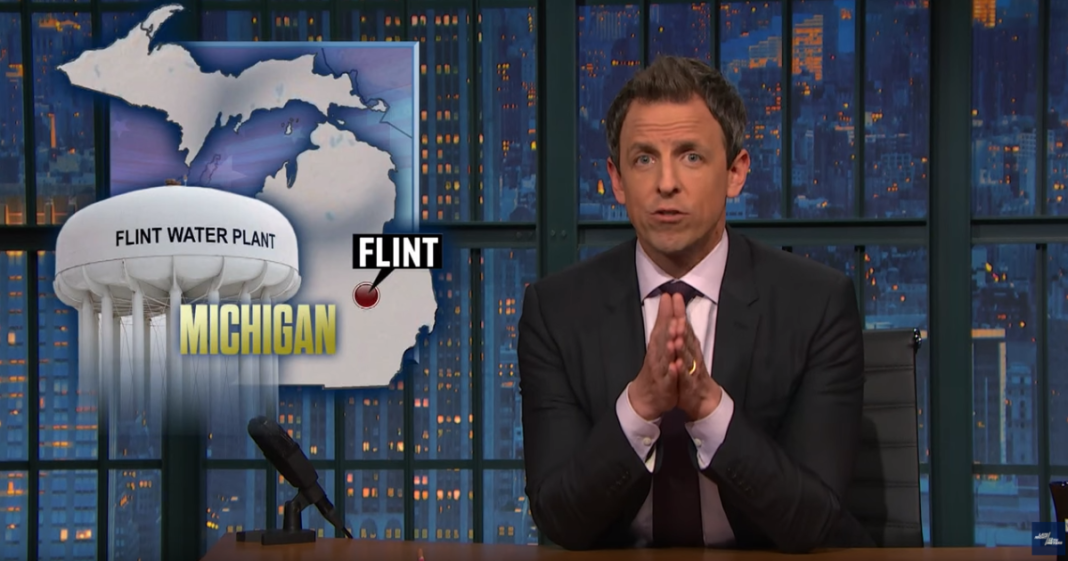 During Seth Meyer’s “Late Night” on Thursday, he addressed the Flint water crisis at length, exploring the evolution of the issue and expressing frustration that the situation had been so mishandled.

“The water was twice as poisonous as toxic waste — or just slightly less poisonous than a Monster energy drink,” Meyers said. “The water was so bad it caused car parts to rust, and yet they let human beings keep drinking it.”

Meyers showed a clip of a Flint resident calling the Governor’s claim that he spoke out about the toxic water as soon as he was made aware of it “bullcrap.”