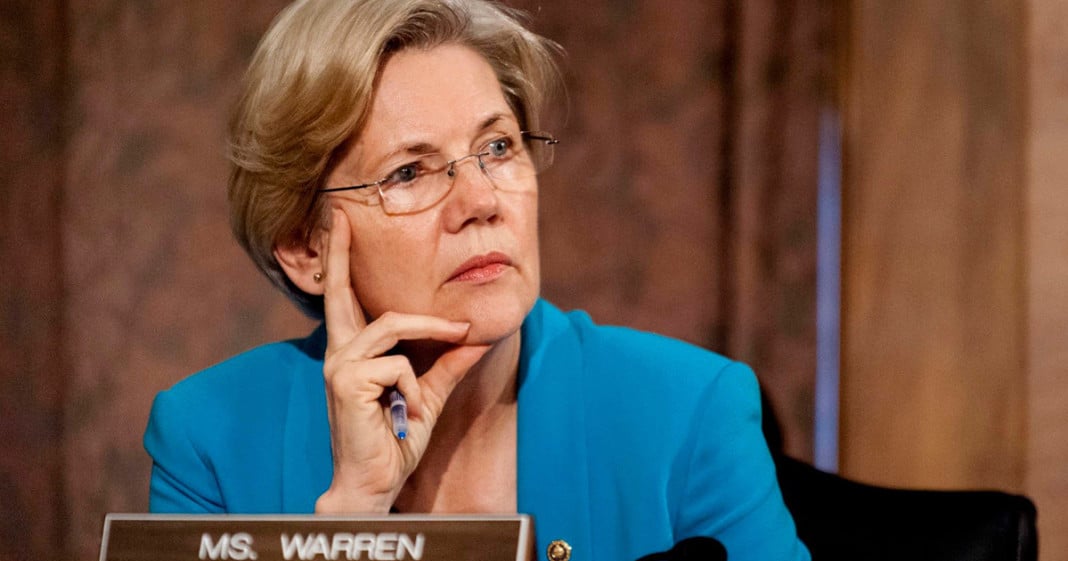 On the sixth anniversary of the ruling on Citizens United, Elizabeth Warren spoke to congress to remind them of the egregious error they had made in allowing massive amounts of money to influence politics.

“Six years ago today the Supreme Court overturned a century of established law. And, in doing so, unleashed a secret flow of corporate money into our political system. The Supreme Court created a big problem, but that does not mean anyone with any integrity must just roll over and play dead. No, it is time to fight back.

This Congress doesn’t lack for workable ideas for how to root out the influence of money in politics, this Congress just lacks a spine to do it!”

Warren had some harsh words for the impotent congress, taking them to task for their steadfast refusal to fix the broken political system which allows for massive corporations to play a major part in elections and the implementation of laws.