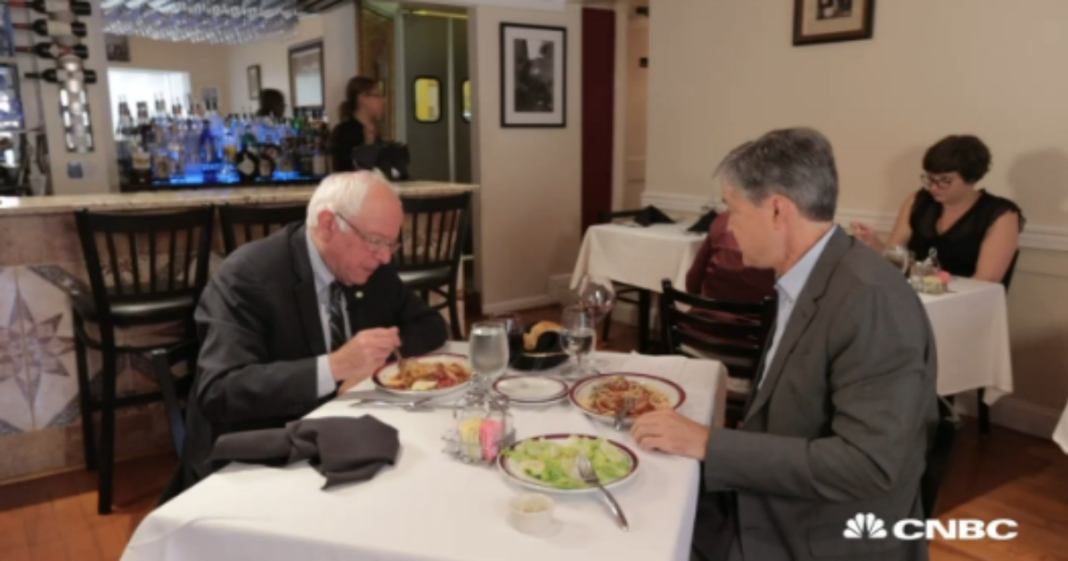 Senator Bernie Sanders sat down with CNBC’s John Hardwood last May to have a plate of spaghetti and meatballs and talk about politics. Hardwood asked Sanders many things, but one specific issue he questioned the Senator on was what effect Bernie thought money could have on a politician.

HARWOOD: It came out in disclosure forms the other day that Hillary Clinton and Bill Clinton, in the last 16 months, have made $30 million. What does that kind of money do to a politician’s perspective on the struggles you were just talking about? Does it make it difficult for recipients of that kind of income to take on the system?

SANDERS: Well, theoretically, you could be a multibillionaire and, in fact, be very concerned about the issues of working people. Theoretically, that’s true.

I think sometimes what can happen is that—it’s not just the Clintons—when you hustle money like that, you don’t sit in restaurants like this. You sit in restaurants where you’re spending—I don’t know what they spend—hundreds of dollars for dinner and so forth. That’s the world that you’re accustomed to, and that’s the world view that you adopt. You’re not worrying about a kid three blocks away from here whose mom can’t afford to feed him. So yes, I think that can isolate you—that type of wealth has the potential to isolate you from the reality of the world.

There are many ways Bernie could have said the same thing in a much less polite way, but his point still comes across; the very rich, whether they are traditional politicians like Hillary or out-of-nowhere out-of-touch billionaires like Trump, are more likely than not going to find themselves out of touch with the wants and needs of the average American citizen.