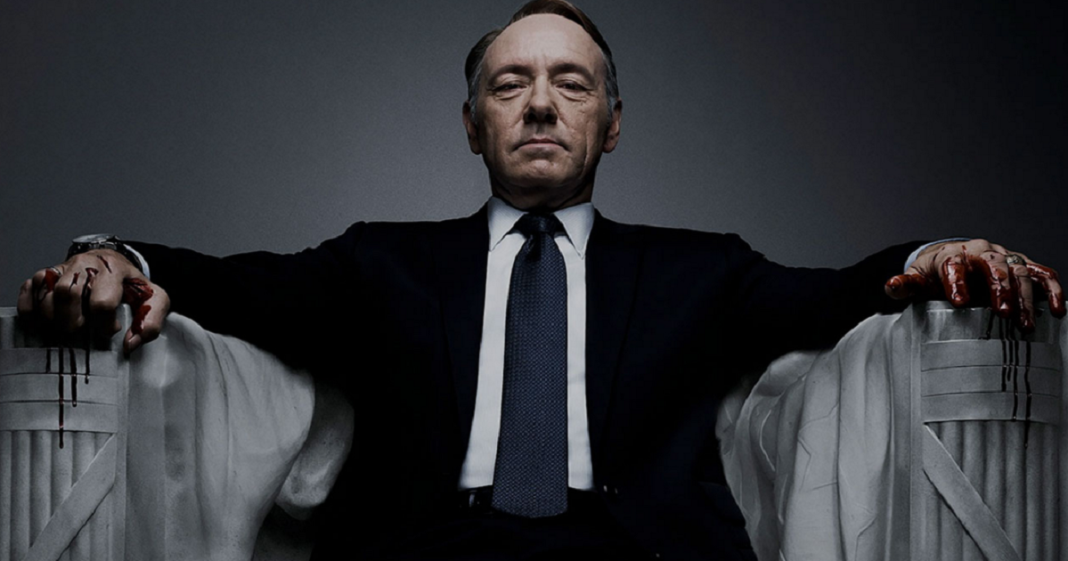 During a recent interview, actor Kevin Spacey was asked what he thought about the current election cycle, and the answer he gave makes us all wish that his fictional portrayal of a character were somehow the reality.

Spacey is most notable currently for his chilling portrayal of the cutthroat politician Frank Underwood in the Netflix hit show “House of Cards.” Underwood is a charismatic southern Democrat who fights his way up from the position of majority whip all the way to the presidency through cunning manipulation, shocking murder, and more. Y’know, the usual political tricks.

During the interview Spacey called the current election cycle “an extremely entertaining program.” When he was asked what Underwood and Donald Trump would debate about he responded,

“He wouldn’t [debate]. There would be a terrible accident, on the way to the debate. It would be terrible, and very sad.”

It is at least a little satisfying imagining the untouchable Trump facing up against the infinitely more conniving Underwood- Trump would disappear in a cloud of smoke.