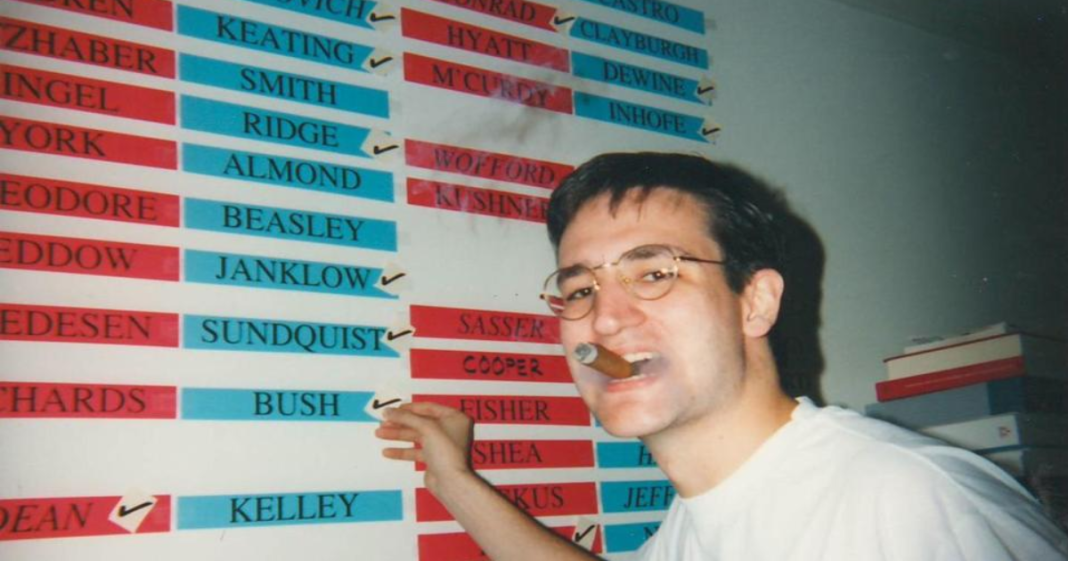 There’s something particularly satisfying in discovering that the man you suspected was a giant skeezeball truly is a giant skeezeball. It turns out that Ted Cruz’s college roommate has been Tweeting about the senator long before he tossed his hat in the 2016 election ring.

Craig Mazin was talking trash about his old room buddy back in 2012, but it wasn’t until Cruz rose in the polls that people started to really take notice. Mazin alleges that Cruz had no game with the ladies, was dirty, and was widely loathed by his peers.

It is a bit childish for Mazin to share such negative details of Cruz’s young adulthood, but as he puts it “I’m not a journalist.”