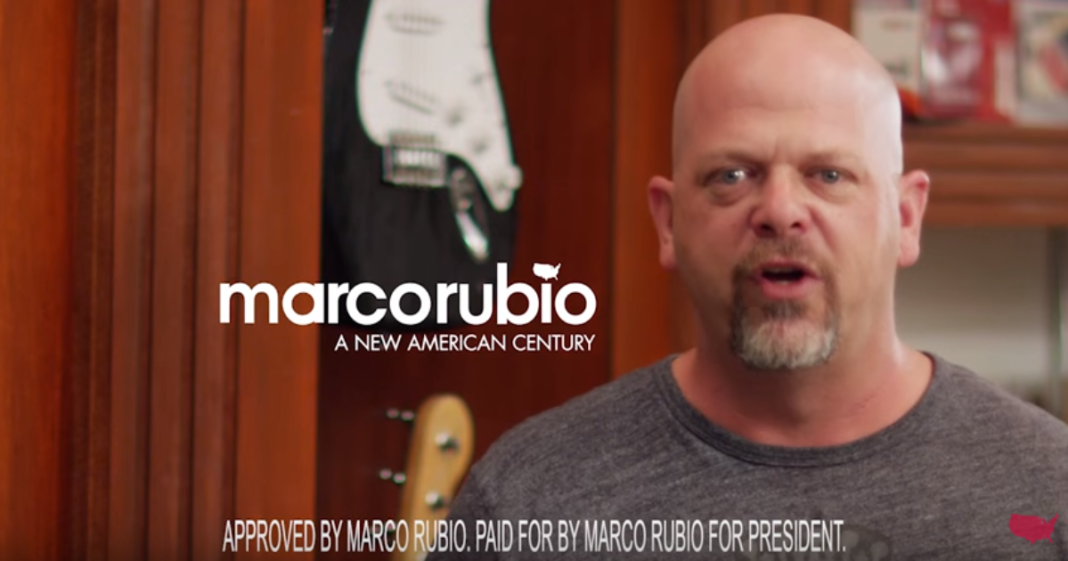 The ads this election cycle have been pure gold: From the fake karaoke version of “These Boots are Made for Walkin'” with dancing boots belonging to Rubio, to a scared stiff Ted Cruz pretending to duck hunt next to the Duck Commander, politicians are making increasingly insane viral-style ads to appeal to voters in the GOP base.

Marco Rubio was apparently a bit miffed that he missed out on the Duck Dynasty crew throwing their weight behind his high-heeled boots, so he went for the next best trashy thing on television- Rick Harrison, host of the hit show “Pawn Stars.”

The video of Harrison in his shop overlaid with royalty-free rock music is interspersed with clips of Marco talking very seriously about serious things. It just doesn’t mesh at all.